When Do You Need to Install a Curb Ramp? 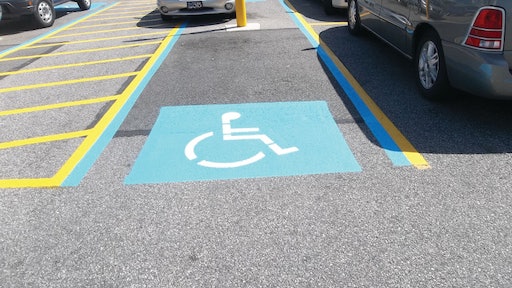 Effective Jan. 1 of this year the DOJ has determined that “maintenance” of roads and streets does not require installation of curb ramps – but when work defined as an “alteration” is being done a curb ramp is required.

Ever since the Americans with Disabilities Act (ADA) was enacted in 1990 public agencies and contractors working on roads, city streets and highways were forced to play a guessing game to determine when a curb ramp needed to be installed.

But effective January 1 of this year contractors received some guidance. The U.S. Dept. of Transportation and the U.S. Department of Justice, which enforces the Act, have drawn clear lines between when a curb ramp must be installed and when it doesn’t have to be.

“Because resurfacing of streets constitutes an alteration under the ADA, it triggers the obligation to provide curb ramps where pedestrian walkways intersect the resurfaced streets,” according to the ADA. “Over the past few years, state and local governments have sought further guidance on the scope of the alterations requirement with respect to the provision of curb ramps when streets, roads or highways are being resurfaced.  These questions have arisen largely due to the development of a variety of road surface treatments other than traditional road resurfacing, which generally involved the addition of a new layer of asphalt.”

The clarity is provided by delineating specifically what is an “alteration” and what is considered “maintenance.” According to the DOJ, when any alteration is undertaken a curb ramp must be installed and the ramp must comply with all ADA ramp requirements. When any maintenance is done to pavement a ramp does not have to be installed. Basically the determination is that work that enhances or strengthens the structure of the pavement requires curb ramps. Work that does not change the pavement structure does not.

The clarification is part of Title II of the ADA which requires that state and local governments make sure that persons with disabilities have access to the pedestrian routes in the public right of way. Now, whenever streets, roadway, or highways are altered a curb ramp must be provided where street level pedestrian walkways cross curbs. According to the ADA, an alteration is “a change that affects or could affect the usability of all or part of a building or facility.” Alterations of streets, roads or highways include reconstruction, rehabilitation, resurfacing, widening, and projects of similar scale and effect. Maintenance activities such as filling potholes, are not considered alterations.

Where must curb ramps be provided?

As a general guideline, curb ramps are needed wherever a sidewalk or other pedestrian walkway crosses a curb. Curb ramps must be located to ensure a person with a mobility disability can travel from a sidewalk on one side of the street, over or through any curbs or traffic islands, to the sidewalk on the other side of the street. The ADA does not require installation of ramps or curb ramps if there is no pedestrian walkway with a prepared surface designed for pedestrian use. Curb ramps also are not required if there is no curb, no elevation or other barrier between the street and the walkway.

When is resurfacing considered to be an alteration?

Resurfacing is an alteration that triggers the requirement to add curb ramps if it involves work on a street or roadway spanning from one intersection to another, and includes overlays of additional material to the road surface, with or without milling.  Examples include, but are not limited to the following treatments or their equivalents: addition of a new layer of asphalt, reconstruction, concrete pavement rehabilitation and reconstruction, open-graded surface course, micro surfacing and thin lift overlays, cape seals and in-place asphalt recycling.

What treatments are maintenance rather than alteration?

Treatments that serve solely to seal and protect the road surface, improve friction, and control splash and spray are considered to be maintenance because they do not significantly affect the public’s access to or usability of the road.  Some examples of the types of treatments that would normally be considered maintenance are:  painting or striping lanes, crack filling and sealing, surface sealing, chip seals, slurry seals, fog seals, scrub sealing, joint crack seals, joint repairs, dowel bar retrofit, spot high-friction treatments, diamond grinding, and pavement patching.  In some cases, the combination of several maintenance treatments occurring at or near the same time may qualify as an alteration and would trigger the obligation to provide curb ramps.

Can a curb ramp be installed after the alteration is completed?

No. According to the DOJ, an alteration project must be planned, designed, and constructed so that the accessibility improvements (such as curb ramp construction) are completed at the same time as the alteration. The ADA does not stipulate how to perform simultaneous accessibility improvements. For example, specialty contractors can be hired to perform different specialized tasks prior to completion of the alteration project or concurrently with an ongoing project.

Effective Jan. 1 of this year the DOJ has determined that “maintenance” of roads and streets does not require installation of curb ramps – but when work defined as an “alteration” is being done a curb ramp is required.

Even if a locality is not resurfacing an entire block but is resurfacing a crosswalk curb ramps must be installed. According to the ADA, crosswalks constitute distinct elements of the right-of-way intended to facilitate pedestrian traffic.  Regardless of whether there is curb-to-curb resurfacing of the street or roadway in general, resurfacing of a crosswalk also requires the provision of curb ramps at that crosswalk.

Even Obscure Locations Get an ADA Update