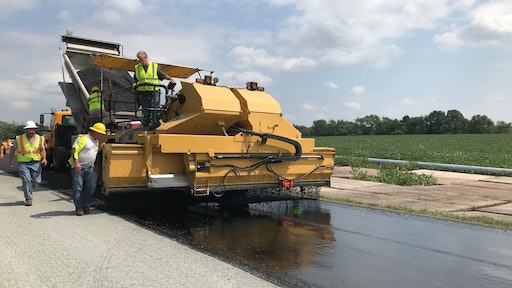 According to a survey conducted by the U.S. Tire Manufacturer Association 118,900 tons of ground tire rubber (GTR) was used in asphalt pavement mixtures and surface treatments. Recycled tire asphalt not only keeps tires out of landfills, these mixes have shown to have increased durability, reduced reflective cracking, increased skid resistance and less ride noise.

Recently, Michigan decided to extend their use of recycled tire asphalt by incorporating it into a chip seal application, the first installation ever tested in the state.

“The work in Kalamazoo demonstrated new applications,” Michigan Technological University professor of civil and environmental engineering Zhanping You says. “Ground tire rubber (GTR) has generally not been used much in chip seals and the products that are being used for this project are being used for the first time.”

The project, located on West W Avenue from the Schoolcraft village limits to Portage Road in Kalamazoo, MI, consisted of 16,000 feet of roadway with materials alternating every 4,000 ft. 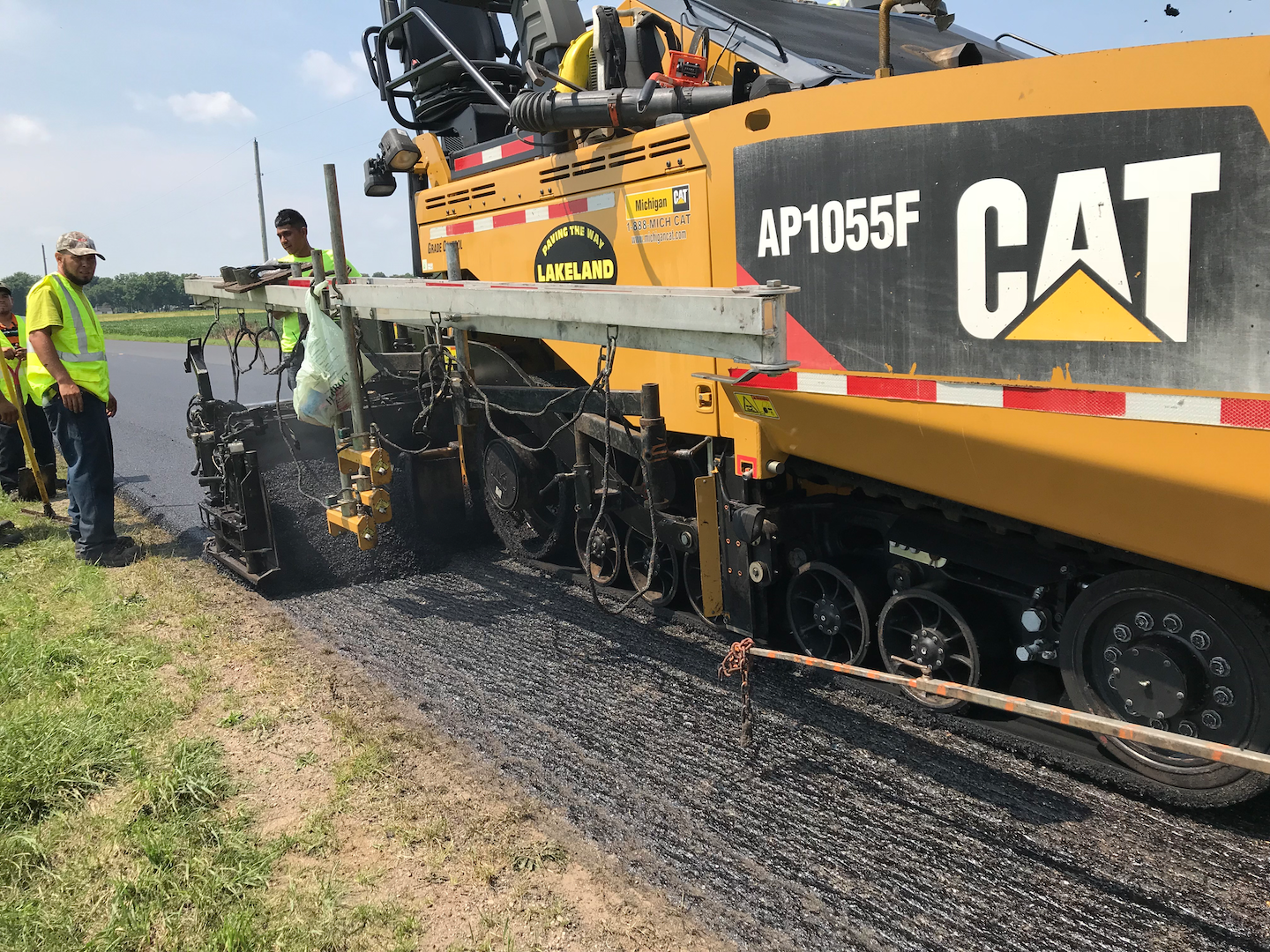 Rubber asphalt overlay construction.Sections of hot rubber overlay and chip seal alternate between sections of conventional overlay and chip seal, used as a control material to help evaluate the experiment's results. The two test sections were designated to investigate the use of reacted and activated rubber -- composed mostly of finely ground used car and truck tires -- to create cost-effective, long-lasting, safe and environmentally friendly mixes and surface treatments for roads.

“The HRCS is a technology to extend the pavement service life in relative high traffic volume roads. This type of chip seal will use around 30% of reacted rubber in the asphalt liquid, instead of using conventional asphalt emulsion. The HRTO will use 40% of reacted rubber in the  asphalt binders. Both of these are ideal to improve the durability of the mix and preventive maintenance treatments.”

The project was made possible through a collaboration with Michigan Technological University. Students had the opportunity to complete laboratory tests on aggregates shipped from Kalamazoo and create an in-house design of the material used during construction on the site.

"The one thing, of course, is benefit to our research," You said. "The other is it improves the industries awareness of the option to use scrap tires so industries like the road commission will be able to use tiers in their future projects."

The designs created during lab tests at the university in Michigan's Upper Peninsula were used at the asphalt plant producing the material. During the construction phase of the project, two undergraduate and two graduate students came to Kalamazoo to observe the process.

With any new process, there’s always a learning curve to get it right. This operation required specialized processing involving plenty of chemistry to provide just the right mix of scrap tires and other materials that typically go into making conventional hot mix asphalt.

The mix for this project was developed by a colleague of Dr. You’s in Portugal so the actual rubber product materials used for the project demonstration had to come from overseas… for now. “There is no tire vendor that is able to provide such materials for the construction,” You says. “The hope is to be able to manufacture the specialized mix in Michigan or elsewhere in the United States if it’s successful.” “The hot rubber thin overlay (HRTO) construction is similar to a standard overlay, excepted that the construction temperature was around 180° C- (356° F). That’s a pretty high temperature,” You says.

The hot rubber chip seal trial beginning at Portage Road was another story and You says it was the most challenging part of the project, taking two days to accomplish.

“The reacted rubber chip seal needed specialized processes,” You says. “Chip seal normally does not require a plant so we used a special distributor truck with a heating element and agitation during the process in the yard of the Road Commission of Kalamazoo County (RCKC).”

You hopes there is an increase in requests for these types of project. 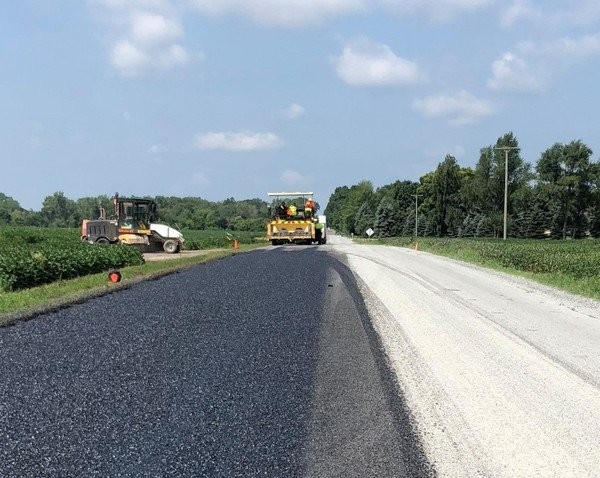 An estimated 7,500 scrap tires were recycled to create a hot chip seal and rubber overlay applied to W Avenue near Schoolcraft.“The expected service life would be 7 to 10 years and it is expected that the hot rubber chip seal will have a good skid resistance and relatively longer service life,” he says. “This demonstration project was significantly supported by the effective leadership, skillful engineers and technicians of the RCKC who contributed to its success.”

On this project, nearly 7,500 recycled tires were used and Michigan Technological University exploring other potential areas to use scrap tires in Michigan.

“We focus on the sustainability aspect of research,” You says. “A few projects we have demo-ed in the past include warm mix asphalt with tire rubber for roads built in Keweenaw and Muskegon. We have also worked on recycled asphalt shingles and e-waste plastics for pavement applications and are also testing another dry mix technology to improve the performance of asphalt mixtures.”