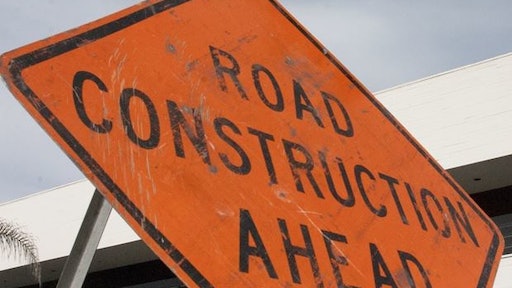 By a bipartisan vote of 65 to 34, the U.S. Senate today passed a six-year surface transportation authorization. Passage of the “Developing a Reliable and Innovative Vision for the Economy Act” or the DRIVE Act represents a major step toward completion of a robust highway bill this fall. Co-sponsored by Senators James Inhofe (R-OK), Barbara Boxer (D-CA), David Vitter (R-LA), and Tom Carper (D-LA), the bill would provide more than $40 billion in revenues to cover shortfalls in the Highway Trust Fund during the first three years of the legislation’s six-year authorization.

Averting the July 31st expiration of current surface transportation authority, the Senate also passed a three-month infrastructure extension that funds road and bridge projects through this year's construction season, and provides more time for Congress to finish work on a multi-year authorization in the coming months. The short-term extension, already approved by the House, now awaits the President’s signature.

“Supporting the nation’s infrastructure is one of the basic functions of our government,” said James G. Toscas, president and CEO of the Portland Cement Association (PCA). “Years of short-term stopgap measures have left our transportation system in terrible shape. Let's be honest: we won't be happy until this country has a long-term transportation bill with a sustainable funding mechanism. While today's action is also a stopgap measure, we're encouraged because it's specifically aimed at giving Congress time to work on the DRIVE Act. Hopefully this three-month extension will be signed into law, and will be the last short-term transportation authorization we'll see for many years.”

PCA has long called for passage of a multi-year highway bill like the DRIVE Act. The DRIVE Act would finally break the pattern of repeated short-term patches, which have failed to provide the long-term investment needed to properly maintain and expand our nation’s transportation infrastructure.

"We need to do everything we can to help our economy," said Toscas. "The economy depends on safe and efficient transportation. As our economy struggles to grow, transportation demands increase. After years of inadequate investment, the present system is simply not up to the task, and could end up choking the economy. The DRIVE Act will be a big step toward fixing this with sound infrastructure investment, and today's Senate action is a step toward the DRIVE Act."

Other Organizations Weigh in on Passage

"On behalf of the 31 national associations and construction trade unions of the Transportation Construction Coalition (TCC), we applaud the Senate for passage of a multi-year surface transportation bill that would guarantee real growth in federal highway and public transportation investment over the next three years. The Developing a Reliable and Innovative Vision for the Economy (DRIVE) Act would also assist state long-term transportation planning by distributing six years of contract authority.

"Today’s Senate vote on the DRIVE Act and the expected enactment of a three-month extension of the surface transportation programs by July 31 should bring to a close once and for all claims that Congress needs 'more time' to develop a long-term reauthorization bill and Highway Trust Fund solution. For more than a year, members of both parties and chambers have used this rationalization for kicking the reauthorization can down the road. The time for any further short-term extensions is over.

"We appreciate House Transportation & Infrastructure Committee Chairman Bill Shuster’s recent statement reiterating his commitment to producing a multi-year surface transportation bill soon. Achieving this goal, however, will require House Republican leaders and the Ways & Means Committee to develop a bipartisan plan to generate the resources necessary to grow highway and public transportation investment. This must be a priority focus over the next six weeks.

"Members of the TCC will spend the August recess making sure all House members hear from their constituents about the need for the House to pass a meaningful, long-term surface transportation bill in September to ensure a final measure can be enacted before the latest short-term extension expires."

On behalf of equipment manufacturers, Dennis Slater, president of the Association of Equipment Manufacturers (AEM), commented on the Senate’s vote on both the long-term highway bill and reauthorization of the Export-Import Bank of the United States:

"On behalf of the equipment manufacturing industry, I applaud the Senate for passing the DRIVE Act, a long-term bill that would promote economic growth and manufacturing jobs. Leader McConnell, Chairman Inhofe and Ranking Member Boxer deserve particular credit for their leadership in shepherding this important legislation through the Senate.

"Though we’re disappointed with the three-month extension agreed to by lawmakers, it is critical that leaders in the House now use this window to make a commitment to follow through on their intentions of passing a long-term bill and going to conference with the Senate.

"The debate over the DRIVE Act has been constructive if for no other reason than because it demonstrated that the Highway Trust Fund still enjoys widespread, bipartisan support in both houses of Congress. For the past two weeks, we've heard from members of Congress in both parties about their commitment to the federal highway program. In the coming months, we hope House leaders will prove for the tens of thousands of manufacturing workers who support a meaningful highway bill that those pledges were more than empty rhetoric."

Video: US Construction Industry Speaks - "Quit Kicking the Can Down the Road"