According to Bloomberg News, President Donald Trump said he’s willing to raise the U.S. gas tax to fund infrastructure development and called the tax-overhaul plan he released last week the beginning of negotiations. 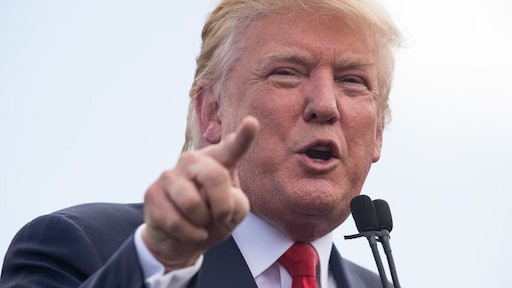 According to Bloomberg News, President Donald Trump said he’s willing to raise the U.S. gas tax to fund infrastructure development and called the tax-overhaul plan he released last week the beginning of negotiations.

“It’s something that I would certainly consider,” Trump said Monday in an interview with Bloomberg News in the Oval Office, describing the idea as supported by truckers “if we earmarked money toward the highways.”

Association of Equipment Manufacturers (AEM) President Dennis Slater says Trump deserves credit for having the political courage to publicly acknowledge what so many other elected officials will not: That it's time to raise the gas tax.

"The gas tax is a fair and simple user fee that finances our nation's vital infrastructure system," Slater says. "Our nation's roads and bridges have suffered as Congress failed to ensure the gas tax kept pace with the cost of inflation, and increased vehicle fuel efficiency.

"That is why equipment manufacturers have urged our elected leaders to consider raising the gas tax as they work to develop a comprehensive strategy to meet our nation's infrastructure needs," Slater concludes. "We applaud President Trump for putting this option on the table, and we encourage Congress to give the gas tax a fair look as it considers tax reform and infrastructure investment legislation this year."

Trump’s Infrastructure Bill Could Come as Soon as May, Cost Over $1T