ARTBA is calling on Congress to build a new long-term funding package around new types of fees on freight movements on the nation's highway system. 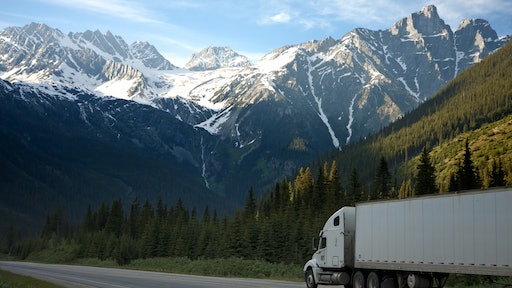 One of the most active advocacy groups for transportation infrastructure investments is calling on Congress to build a new long-term funding package around new types of fees on freight movements on the nation's highway system.

Specifically, he said, "ARTBA supports a comprehensive transportation tax and revenue reform package that is built around the freight fee concept." Currently, the trust fund's dedicated revenue comes mostly from per-gallon excises taxes on gasoline and diesel fuel, supplemented by taxes on other motor fuels and on trucking equipment.

While some have proposed providing the HTF a funding infusion through tax reform by diverting some taxes on a portion of any repatriated foreign earnings to pay for transportation projects, Ruane said road builders would consider that a temporary fix instead of a long-term solution.

"By long-term solution," he wrote, "we do not mean a four- to six-year patch from repatriated overseas profits of a few large companies or some other one-off mechanisms.

"After more than $140 billion in general fund transfers to the HTF since 2008, it is time to end short-term thinking that just creates another revenue crisis for a future Congress to solve. We need a sustainable funding solution to put this critical national program back on solid footing for the next decade."

The ARTBA chief executive in his letter noted that "the root of the HTF problem is that the federal motor fuels tax rates have remained static for more than 20 years. Appropriately adjusting the fuels tax rates and then indexing them to inflation going forward as part of tax reform could stabilize the HTF for at least the next decade, according to fuel use forecasts from the U.S. Energy Information Agency. ARTBA has long supported such an approach."

However, Ruane added that congressionally chartered commissions and others have different long-term funding options.

"We believe, for example, that a highway-based freight fee could be levied on the shipment of goods. The resulting revenue stream could be dedicated to HTF investments aimed at modernizing the National Highway Freight Network, which includes the Interstate Highway System and its links to the nation's major ports, inland waterways, rail hubs, airports and pipelines."

Ruane said that funding approach would also "provide direct user benefits to those paying the fee by funding capacity and operational improvements that could lower the cost of shipping freight." And, "importantly, the revenue stream facilitated by such a fee would grow with the economy."