Hurricane Harvey closed hundreds of roads around Houston and Southeast Texas. More than 2,400 TxDOT employees are beginning to assess how prolonged flooding has damaged roads and bridges. 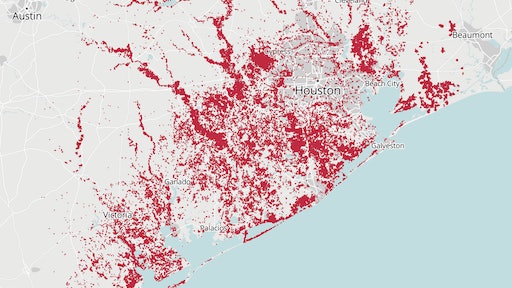 Alongside thousands of Texas homes and businesses impacted by Hurricane Harvey, floodwaters also damaged hundreds of roads and highways across the region.

Prolonged flooding can wash out bridges, knock down traffic signals and signs and cause asphalt to buckle. Last week, the federal government directed $25 million to the Texas Department of Transportation to help the agency begin repairing the region’s vast transportation system.

“The size and the duration of this storm is beyond anything we've ever experienced in this state,” he said.

As of Friday, more than 290 roads were closed in the areas affected by Harvey. TxDOT spokesman Bob Kaufman said the agency was making repairs where they could get in. But conditions needed to get better before they can fully begin the recovery process.

“While roads are underwater, all we can do is put up barricades and redirect traffic, for the most part,” Williams said.

More than 2,400 TxDOT employees are currently addressing the damage from Hurricane Harvey. The department is still assessing the disaster, so they’re unsure of how long recovery will take and the total cost.

Texans in Congress are already in the middle of talks to vote on a federal aid package for Harvey recovery efforts later this month.

Read more from the Texas Tribune.