Trump administration officials are finalizing a plan that would allocate $200 billion or more to spur investment in a $1 trillion infrastructure package, and they could push toward adoption of a plan in January. 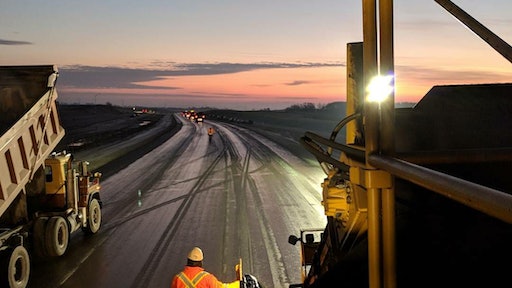 The White House is preparing to roll out a long-delayed infrastructure rebuilding plan in January, as President Donald Trump’s advisers bet that voters want a $1 trillion road-and-bridge-building plan—even though it is opposed by some lawmakers.

Mr. Trump’s advisers are putting finishing touches on a plan to direct federal spending of $200 billion or more—funds it would propose to offset with cuts elsewhere in the federal budget—to leverage hundreds of billions more from local governments and private investors to pay for road, rail, water and utility upgrades.

White House officials have said for months they hoped to turn to infrastructure once Congress has enacted an overhaul of the tax code, which has occupied the Republican establishment and its business allies for the past several months. More recently, Republicans have signaled they plan to focus on another posttax priority, a revamp of the nation’s welfare system. They also hope to revisit a repeal of the Affordable Care Act next year.

Big legislation can be more difficult in an election year, but Mr. Trump’s political advisers say they believe they​have public support. That runs counter to widespread doubts in Washington that Congress will want to craft a major spending initiative on the heels of a tax package that could raise the deficit by more than $1 trillion.

Polling shared with the White House recently shows majority support for an investment in infrastructure among groups that have favored Mr. Trump, like white men without college degrees. But the issue also polls well among groups that disapprove of Mr. Trump’s performance. Fifty-two percent of voters who supported Hillary Clinton in 2016 back an infrastructure program, according to the survey. Some 53% of white male respondents in states won by Mrs. Clinton support an infrastructure initiative, as well as 51% of voters who say they disapprove of the job Mr. Trump is doing as president.

More from the Wall Street Journal