As the use of recycled materials continues to grow, so should your knowledge of the basic characteristics of recyclables commonly used in asphalt mixtures 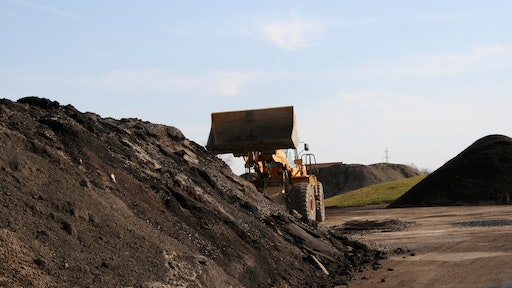 Some recycled materials, if processed and used properly, can achieve the same or better performance than conventional mixes and the use of these materials is on the rise.

The use of recycled material in new product is on the rise, both for cost and environmental reasons. It’s a natural fit for the asphalt production industry where there is such a constant demand for raw and often expensive material.

A 2017 National Asphalt Pavement Association (NAPA) survey found producers used an estimated 76.2 million tons of recycled asphalt pavement (RAP) in asphalt mixtures that year. Though RAP is the most common, it isn’t the only material that can supplement and often reduce the price of new mix.

Here are a few of the most common recycled materials used in asphalt.

Recycled Asphalt Pavement (RAP): The NAPA survey found estimated RAP usage increased by more than 36 percent since 2009. In 2017 alone, RAP reduced the need for 3.8 million tons of asphalt binder and more than 72 million tons of aggregate, with a total estimated value of more than $2.1 billion. RAP’s popularity is primarily due to its ready supply, with 102.1 million tons estimated to be stockpiled at the end of the 2017 construction season. It also produces high quality mix. The U.S. Federal Highway Administration (FHWA) reports the performance of pavements with up to 30 percent RAP is similar to pavement composed of virgin materials and no RAP.

Reclaimed Asphalt Shingles (RAS): Reclaimed asphalt shingles are another commonly recycled material. The NAPA report found producers used about 944,000 tons in asphalt mixtures in 2017. Similar to RAP, RAS is heavily stockpiled and reduces the need for raw material. In 2017, it saved 188,000 tons of asphalt binder and 472,000 tons of aggregate, valuing at an estimated $74 million. Most states limit RAS use to about 5 percent of the total weight of mix. According to a 2016 North Central Asphalt User/Producer Group report, when used correctly, RAS improves resistance to rutting because of fibers and increased stiffness of binder. However, it can cause decreased resistance to cracking because of the extremely hard binder stiffness.

Ground Tire Rubber (GTR): The NAPA report estimates about 1.5 million tons asphalt mixture used ground tire rubber in 2016. Though more expensive than some other recycled materials, the rising price of crude oil is increasing GTR’s popularity. Tire rubber is used either in a dry or wet process. The dry process uses it as an aggregate replacement while the wet process considers it a binder additive. A 2016 Oklahoma Department of Environmental Quality report states that, when used correctly, GTR pavements perform at least as well as standard hot mix asphalt. When producers use GTR as a crumb rubber modifier in HMA, says the study, the result is smoother, safer and more durable roads with improved rutting resistance.

Steel and Blast Furnace Slag (SLAGS): Most commonly used in regions with steel and iron production industries, steel slag and blast furnace slag are byproducts of metal-casting processes at foundries. NAPA estimates 724,229 tons of slag was used in asphalt mixtures in 2016. A FHWA report found the heat retention characteristics of steel slag aggregates can be beneficial in hot mix asphalt repair work in cold weather. Properly processed steel slag can also form a stronger bond with asphalt binder than granite, says a 2015 Dalian, China International Conference on Road and Airfield Pavement Technology report. Other beneficial characteristics are improved durability, high skid resistance and reduced binder stripping. Ferrous slags in asphalt can be susceptible to swelling, but are usually protected from the environment and not an issue. Blast furnace aggregates have a lower thermal conductivity than conventional aggregate, making it ideal for use within asphalt as a “frost taper” used as an insulator over non-frost susceptible soils. The slag also binds well with asphalt binders and features excellent resistance to binder stripping, according to a 2014 University of Nottingham, U.K. report.

Recycled Glass (Glassphalt): Waste glass that is crushed and screened can be used as a portion of fine aggregate in asphalt pavement mixes. The FHWA reports satisfactory performance with hot mix asphalt pavements using 10 to 15 percent of crushed glass in wearing surface mixes, creating what is sometimes called “glassphalt.” If used properly, glassphalt can achieve stabilities comparable to or better than conventional mixes. The FHWA report states other benefits as low heat absorption, specific gravity and low thermal conductivity, offering enhanced heat retention in mixes with glass. However, hot mix asphalt surface course pavements with more than 15 percent waste glass may deteriorate due to stripping of the asphalt cement binder from the waste glass. High percentages can also lead to excessive glare and abnormally high tire wear.

Some recycled materials, if processed and used properly, can achieve the same or better performance than conventional mixes. However, consult experts and make sure to check state regulations before using recycled material in a mix, as many states limit the amount that can be used. It’s also a good idea to check with an asphalt plant manufacturer to determine the type of equipment needed to best use recycled material to improve profits.

Carlos Cardenas has almost 25 years of experience in the service, engineering and sales of asphalt plants and components. His years in the industry have taught him what’s important to customers, as well as the best ways to save them money and prevent costly downtime. In his sales role, Carlos works with customers to determine the most cost-effective options to deliver high returns on investment. Reach Carlos at 260-637-5729 or carlos@admasphaltplants.com.