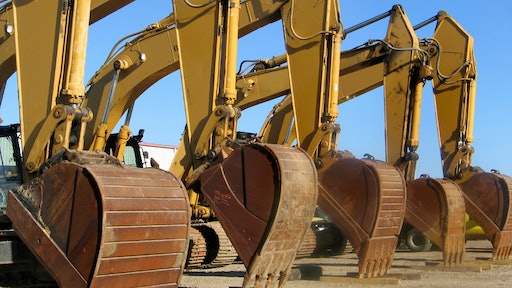 After making it through the many hurricanes and other natural disasters in 2017, the construction industry has a promising year ahead. The Associated General Contractors Construction Industry Hiring and Business Outlook survey showed that 75% of construction firms plan to expand payroll this year. However, the survey also showed that workforce shortage and lack of funding are still a challenge.

Below are the biggest trends construction companies should prepare for this year to stay ahead of their competition.

According to KPMG, the Internet of Things (IoT) is expensive in construction but is still becoming more common in the industry. Also known as connected machines, IoT enabled devices collect and send equipment data over a central network, which enables preventative maintenance. Additionally, drones, virtual reality and robotics are revolutionizing the construction industry this year and beyond.

Construction injuries and deaths have been rampant in the U.S. for 50+ years. Every year, companies launch new wearables that monitor heart rate, bodily rotation, external temperature, and other physical factors to detect danger before it’s too late. Some c sensor empowered products in construction are gloves, helmets, wrist watches, goggles and utility vests.

Example: Spot-R by Triax wearable clips sense the number of workers at a certain site. Typically, project managers tell certain workers to wear these clips so they know who is using what equipment. To increase safety on a jobsite, Triax clips use a built-in gyroscope to measures the user’s angular velocity. The device can alert supervisors when someone falls or trips, and a worker can also press a button to request immediate help if injured. Triax clips also have a feature to warn workers when to evacuate a site if needed.

Commercial drone technology has been popular since 2010. In construction, drones are particularly good for effectively deploying crew members. Also called “unmanned aerial vehicles,” drones fly around a building to collect data, complete inspections, and track project progress. Surveyors use drones for 3D mapping, so that laborers don’t have to work on extreme heights and risk injuries. Some companies use drone based cameras to show customers how far along a project is coming.

Example: Uplift Data Partners was named one of the top drone companies to watch for in 2018 by UAVCoach.com. Uplift’s drones capture 3D data up to five centimeters, which provides construction performance insights while reducing waste. These drones work all the way from the preconstruction to site commissioning phases, so employees don’t make mistakes with tasks like quantity tracking, concrete layout and schedule tracking. Uplift also offers 2D photo and video capturing features to improve quality control and minimize liability in a project lifecycle.

The U.S. private housing sector has an increased demand for new homes, but 73% of firms are having difficulty recruiting qualified laborers, according to an Associated General Contractors survey. The shortage in the west coast is particularly hard hitting because 75% of western contractors reported difficulty filling jobs. To address the issue, Stephen E. Sandher, CEO of Associated General Contractors, stated in a press release that the Trump Administration should “deliver its promise to boost investments on infrastructure.” He also believes Congress should pass a Perkins Act to increase the quality of technical education in the U.S.

In 2017, the NAHB conducted a survey on labor shortage and found that 77% of builders were short on framing crews. Rough and finished carpenters came in second and third place. As a result, contractors take longer to finish projects. Hurricane Harvey and Irma damages total $290 million, which means the impacted regions may struggle the most as a result of the shortage.

A 2017 survey by National Association of Home Builders found that only 3% of young adults wanted to pursue construction based careers. Millennials often perceive the skilled trades as dirty and dead end. To combat the stigma, many contractors partner with organizations to educate middle and high school students about the high end technology used in the trades and how rewarding the work can be. For example, Mosby Building Arts has a yearly Tradeswork initiative. Each year, the program recruits five apprentices between ages 18 to 25. Apprentices gain hands on, paid experience in construction and may apply for full time employment with Mosby upon finishing the apprenticeship.

The damages from Hurricane Harvey and Irma left many families homeless, which is a reminder of how important it is to use quality building materials. To recover from the hurricanes, local governments are taking a “resiliency” approach to implementing green building to withstand the elements of nature. In November 2017, 15 cities, counties and state governments approved initiatives that are focused on funding infrastructure improvements.

Example: The Rockefeller Center created 100 Resilient Cities to help cities in the world survive earthquakes, fires, floods, as well as issues like unemployment, hunger, violence, and other shocks. Atlanta and Chicago are two examples of U.S. cities in the network. To address hurricane damage specifically, the program calls for better building codes and greenways along low bayous.

These 5 Technology Trends Could Shape Construction in 2019