Don’t Let Your Business Go Up in Smoke 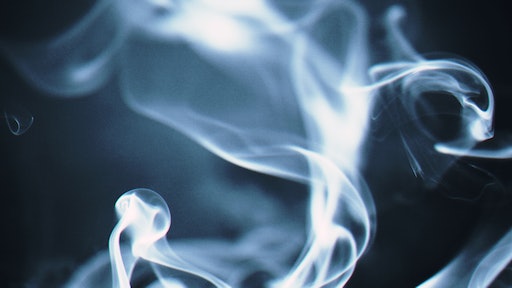 To date, 30 states and the District of Columbia now allow marijuana use for medical and/or recreational use. Additionally, 16 more states have also legalized the inclusion of cannabidiols (CBDs) to be used in various forms.

But even before states and local governments across the country started legalizing marijuana for recreational or medical use, it was having an impact on hiring and recruiting in the construction industry.

A recent a survey found that more employers in the paving industry indicated marijuana uses was a workplace challenge than any other issue. More than 65 percent of the employers said that marijuana was having an impact on their workforce. Employers who ignore the issue do so to their own detriment.

Recently, David Whitlock addressed these concerns and his thoughts on handling marijuana usage in the workplace are worth a read.

First, let’s break the issue down into two different components: recreational use versus medical use. So far, no state court system has refused to acknowledge an employer’s right to prohibit impairment on the job. This means that concrete contractors can drug test on a pre-employment and random basis and refuse to hire or terminate someone who is impaired by recreational marijuana use. This will likely continue to be the case so long as the federal government continues its current stand making marijuana a controlled substance with limited medical value. So, as a practical matter, concrete contractors should continue pre-employment and random drug testing even in states that have legalized recreational marijuana use.

One problem that may arise is determining “impairment.” Here, concrete contractors should work closely with their occupational medicine clinic. If at all possible, contractors should not make an “impairment” determination on their own, but instead should rely upon an evaluation by a medical professional. This is also important because impairment and drug testing results do not correlate well. In other words, an individual may test positive for marijuana use days or even weeks after impairment. This makes it all the more critical for concrete contractors to rely upon the independent “impairment” determination of a qualified medical professional. Note that this is only necessary in states that have legalized use of marijuana. In other states, concrete contractors can rely upon the drug testing results and make the decision not to hire or to terminate the individual.

In states that have sanctioned medical use of marijuana, the situation is slightly different. In most cases, the individual will indicate before testing that he or she is a medical marijuana user, and usually will present a medical card issued by the state of documentation from a physician. Last summer, a Massachusetts court held that an employee who acknowledged medical use of marijuana and was terminated for a positive drug test could state a claim for disability discrimination. In essence, the court said that the employer must go through the disability claim process, using the reasonable accommodation analysis, before taking final action.

The bottom line for concrete contractors is know your state law. In states where no marijuana reform legislation has been enacted, test and rely upon the test results. In states where medical marijuana is legal, test but follow the disability claims analysis if the individual asserts medical use. Again, make certain to work closely with a medical professional who is well aware of the individual’s job and safety factors. In states that have also legalized recreational use, work closely with the medical professional to obtain an independent impairment determination.

Of course, none of this guarantees drug free workers, but at least it will be safer to refuse to hire or terminate impaired workers and avoid wrongful termination lawsuits even in states that are legalizing marijuana use.

David C. Whitlock has over 25 years experience in business immigration, compliance, employment counseling and training. Whitlock can be reached at (404) 626-7011 or at davidcwhitlock@gmail.com.