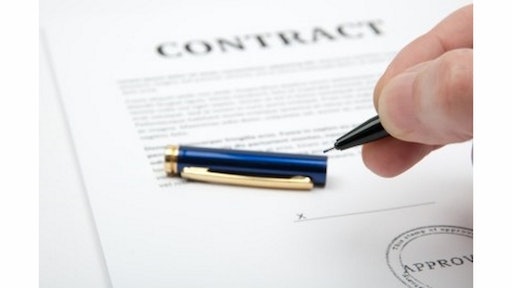 The number one rule of contracts is that the language should be clear and unambiguous.

Parties try to use contracts to shift these risks to the other parties involved in the project.

In doing so, however, there are a number of considerations, both practical and legal, that the construction professional should keep in mind. This two part article will guide you through the most common provisions in construction contracts and the important aspects of each provision. Part one of the article will focus on an examination of payment clauses, termination clauses, force majeure provisions and warranty provisions. Part two of the article, coming in early 2015, will focus on timing provisions, flow-down clauses and alternative dispute resolution provisions and will also examine some issues that arise in the context of a breach of the contract.

Why is contract language so important?

First things first– is it really that important what the contract says? Yes, yes and yes!

The number one rule of contracts is that the language should be clear and unambiguous. This requirement is critical because if the language of a contract is not clear, you may find yourself in a situation where a third party (likely a judge or jury) is interpreting what the parties intended for the contract to mean in the event of a breach. The very first step in contract interpretation is a determination of whether the language is ambiguous (meaning it is not clear from the face of the document what the parties intended) or unambiguous. If it is unambiguous, the contract is enforced as written, and the parties go on their way. If, however, the language is found to be ambiguous, courts will typically apply the rules of contract construction in the particular state in an effort to try to resolve that ambiguity.

The rules of contract construction differ from state to state but are generally a set of guidelines courts follow to assist them in interpreting the contract. These guidelines include such factors as business customs, the common meaning of words and parol evidence (meaning evidence such as emails or other testimony that evidences the parties’ intent). If the ambiguity still cannot be resolved even after applying these rules of construction, the judge or jury will decide on his, her or their own what the parties intended. This is obviously not ideal because a third party, who has no knowledge of the context of the parties’ negotiations or what the parties truly may have intended, is making the final determination. It is therefore of utmost importance that contracts are drafted carefully.

One of the most important provisions for all parties to a construction contract is the payment provision. There are several different forms this type of provision can take. First, there could simply not be a payment provision. In this scenario, industry custom is typically to require payment upon completion of work. You can see how this could create the dreaded ambiguity, however, regarding when work has been “completed” so as to require payment. It is best to avoid this issue and include a provision that outlines when payment will be due.

The most typical payment structure is progress payments. This type of provision requires payments to be made during the course of a project, within a certain time after a pay application is submitted.

A “pay when paid” provision provides that payment to a subcontractor will be made within a certain period of time after the contractor has been paid by the owner, rather than within a period of time after the subcontractor has performed its work. In other words, these types of provisions do not excuse an unpaid general contractor from its obligations to pay the valid invoices of subcontractors and suppliers. This provision may look something like the following: “It is agreed that payment by Contractor to Subcontractor hereunder is not due until ten (10) days after payment has been received by Contractor from Owner, or until the passage of a reasonable time from when payment from Owner is due, whichever is sooner. ‘Reasonable time’ as used herein shall not exceed ninety (90) days.” These provisions are much more favorable to subcontractors, but general contractors do not typically like them because they could leave the general contractor holding the bag if it is not paid in full by the owner.

A termination for convenience provision states that the contract can be terminated at any time, for any reason – no cause is necessary. Most courts have uniformly held that these provisions are valid and enforceable.

A termination for cause provision states that the contract can only be terminated for certain reasons. It is very important to be as specific as possible about what causes are covered by this type of provision because they tend to be very narrowly interpreted by courts for the reason that courts typically do not like to let parties escape their contractual obligations.

One common “cause” for which a contract can be terminated is due to force majeure, which literally translates to “greater force.” These have been deemed to be “acts of God,” legal acts or acts of another party that make contract performance impossible (not just difficult – an important distinction). Most of these provisions also include escape avenues for acts of war, labor strikes and/or work stoppages.

However, these provisions are also very narrowly interpreted, so specificity is critical. For example, in a 1945 case, the Georgia Supreme Court deemed the outbreak of World War II to not constitute an “act of God” on the grounds that given the current political climate and recent world happenings, the parties could have and should have anticipated the outbreak of the war and addressed the risk associated with such an outbreak in their contract. This is a harsh result and probably not typical, but the point is that it is important to be as clear as possible in the grounds you want to include in any force majeure provision.

Most construction professionals are familiar with the Spearin doctrine, named after the 1918 United States Supreme Court case United States v. Spearin. This doctrine established, for the first time, the existence of an implied warranty of the suitability of plans and specifications delivered from an owner to a contractor.

However, the Spearin doctrine notwithstanding, some states will not recognize this implied warranty if the parties’ contract contemplates a situation in which the work could not be constructed as provided in the plans and provides an “out” for the owner in such circumstances. In these states, courts have held that where the parties include such language in their contract, the contractor is deemed to be on notice that there may be an issue with the plans and should not rely exclusively on the plans to govern the work. If, however, no such contract provision exists, the owner is liable for any defect arising out of construction that follows the plans.

The old rule for construction was caveat emptor, or buyer beware. Essentially, if you purchased a constructed building, it was your responsibility, as the purchaser, to investigate the building for any defects. One can imagine the unfairness this rule created, so this standard has been replaced by an implied warranty of workmanship from a builder. Most states have now specifically created a cause of action for negligence based on a builder’s failure to construct in a skillful, careful, diligent and workmanlike manner, and the builder’s warranty today does not have to be expressly stated in the contract. Instead, it is an implied warranty present in every contract. Some states have even extended this warranty to cover the work of subcontractors and hold the general contractor liable for subcontractors’ work, as well.

Express warranties are those that are created by the parties in their contracts, not implied by law like the above warranty of plans and the builder’s warranty. These types of warranties are created by explicit statements of the parties and can limit or eliminate liability for certain parties arising out of the construction contract. Most states will enforce language which expressly excludes responsibility for certain conditions. In fact, in some states, even disclaimers of any warranty at all have been enforced.

The lesson here and with all of the provisions as discussed herein is that courts tend to treat the parties’ contract as paramount. If the parties agree that there are no warranties, or that the contract can be terminated at any time for any reason, or that the subcontractors do not get paid unless the general contractor gets paid, these agreements can trump any rights created by implication, by statute, by custom or otherwise

So, again, does the way a contract is worded really matter? Yes, yes and yes!