Slow Payments Cost the Construction Industry $64B in 2019

When you get paid can have a huge financial impact on your company, and a 2019 report shows just how much late payments cost contractors 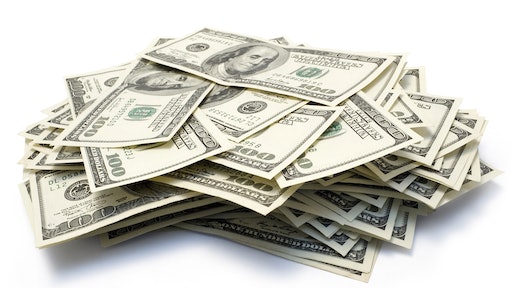 Slow payments cost the construction industry $64 billion in 2019, according to survey estimates from the Rabbet Partners and Procore 2019 Construction Payments Report. The survey of 184 general and subcontractors across the United States showed slow payments had effects on their work and bottom lines.

Some key findings of the report include:

It’s no secret that the system of payments in the construction industry is seriously flawed, even bordering on the dysfunctional. As money flows down through the payment chain, the further you are from the top — think subcontractors, sub-subs and suppliers — the longer it takes for you to get paid. Late payments are so common in construction that timely payments are the exception rather than the rule, as evidenced by data provided by Dun & Bradstreet.

According to zlien’s research, the industry average to turn your invoices into cash is anywhere between 50 to 75 days, depending on the project type and your role. Keep in mind that this 50 to 75 day waiting period starts only after you’ve billed your customers. If it took, say, three weeks to get your invoicing done, then you have to add another 21 days to that 50 to 75 day window.

Perhaps because of the construction industry’s dismal payment data, too many businesses think of a late payment “win” as a customer finally paying up. They might say something like, “well, it might have taken three months longer than it should have, but at least I got my money.” While it is true that if you get paid is the most important thing, when you get paid can have a huge financial impact on your company, especially with regards to your cash flow.

The impact of late payment on cash flow

We’re not talking about the obvious implication here — clearly, if your customers are slow to pay, then the inflow of cash into your business is also going to be slow. Rather, the impact we want to focus on is, what does a construction company have to do to offset the impact that a late-paying customer causes? From a cash flow standpoint, your money went out the door the minute you signed your payroll checks, paid for those supplies and put gas into your work truck. If the cash to pay those necessary costs and expenses isn’t coming from the money that your customers owe you, then where is it coming from?

And the really scary part is, it can be difficult or even impossible to know how long it is going to take your customers to pay their bills at the beginning of the project. Imagine a scenario where your customer assures you at the start of a project that they will pay all of your invoices within 30 days, but once you get into the actual work on the project, it takes them closer to 90 days to pay.

In the example from the article, this would mean that the cash needed to float the project went from $33,000 to $199,000, a huge jump! Getting short-term financing of $33,000 might be a challenge for some businesses, but for many it’s probably doable. But a short-term loan or line of credit for $200,000, for a construction company, well, that might be tough to pull off given the difficulties construction companies have historically faced when pursuing traditional financing.

[Note: It was just announced on March 15, 2017, that the Federal Reserve has raised interest rates for the third time since the financial crisis. While the impact that the latest rate hike has on borrowing in the construction industry won’t be immediately known, if nothing else, the cost of borrowing is going to rise.]

The simplest and most common reason why businesses fail is that they run out of cash. If late payments have a detrimental effect on your cash flow as described above, then it stands to reason that getting paid faster will have a corresponding beneficial impact to your business’ finances. But how can you speed up payments in an industry that is notoriously slow? We have a few suggestions that might help:

No matter how long it’s taking your customers to pay you now, you should put some time and effort into speeding up the process using an “all of the above” approach. Use one new tactic to shave off a day or two here; use another tactic to shave off another day or two there, and pretty soon, you’ll have made significant progress. No matter what, the benefits that come with the improvement will far outweigh the time and effort required. And that improvement might just be the difference between your business thriving or failing.

Peter Menge is zlien's Content Manager. He works to create useful content that makes the mechanics lien and construction payment process simple, easy, and fair for everyone in the construction industry.

*This article was originally published in 2017 and has been updated with 2019 report findings.

[SURVEY] Contractors are OK with Struggling to Deliver Projects and Get Paid?