Rugged devices are designed, inside and out, for complete reliability in environments that most mobile devices can’t handle 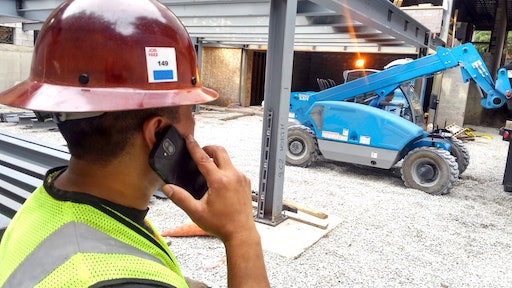 Advanced technology has made rugged mobile devices widely available to the masses, for both business and consumer use, at an affordable price and without compromising on features.

The construction industry, like most industries, has been revolutionized by mobile technology. It has improved communication, decision-making, tracking and managing of resources including materials, people and workflows. However, the construction industry’s requirements for mobile devices are vastly different than most consumers’ needs and wants. You will see more pickup trucks than Porsches parked on construction jobsites because they are built for the job. The same is true for mobile devices.

Whether you’re a construction business owner or a worker, you need mobile devices that are durable, secure and rugged and that offer software applications for use in the field. Rugged devices have been used for years by businesses and workers that rely on teams out on jobsites, but these niche devices were often cumbersome, required specialized technology and equipment and were usually very expensive.

More recently, advanced technology has made rugged mobile devices widely available to the masses, for both business and consumer use, at an affordable price and without compromising on features. These types of devices are especially well-suited to the construction industry.

Below are eight reasons why construction businesses and workers can benefit from switching over to ruggedized mobile phones:

#1: Drops, dirt, shock, dust and extreme environments are no sweat for a rugged device

For most construction workers simply having protection from a cracked screen or water damage isn’t close to enough. For those who work in the field, often in hazardous conditions and require use of their mobile devices to drive workflows, they need phones that can stand up to rigorous, often dynamic environments.

Rugged devices that are waterproof and meet Military Standard 810G for protection against shock and vibration, as well as exposure to extreme environmental conditions such as heavy dust, high altitudes, solar radiation, heavy salt and fog, and extreme humidity, are imperative for use on many jobsites.

Moreover, non-rugged devices require an external case to protect the shell and screen from damage, but they are still fragile inside at the component level, and are not built to withstand abuse. Rugged devices are designed, inside and out, down to the circuit board, for complete reliability in environments that most mobile devices can’t handle.

#2: An unintentional extended dip in a puddle of mud, pool, pond or other body of water won’t kill a truly waterproof phone

Waterproofing is important for businesses and workers that operate anywhere around water, and especially in construction. Waterproof, durable devices also prevent needing to spend extra money on expensive, aftermarket cases (that often make the phones more difficult to use and charge).

Not all types of waterproofing are equal, however. Water-resistant phones that are coated with hydrophobic sprays may ensure the device survives a dunk in water, but true waterproof phones will ensure that no water — carrying dirt, cement or other materials — can enter the phone to begin with. Water-resistant phones aren’t able to prevent the ingress of water or other liquids into the device.

Rugged phones take a different approach to waterproofing than most water-resistant phones, such as using waterproof gaskets, air-permeable membranes over the speakers and even rubber-coated screws as an integral part of the construction. In addition, features such as Glove & Wet Touch Operation mean your device not only survives water exposure, but that it still works when wet, keeping you productive and connected at all times.

For construction companies with networks, data security isn’t confined to the office. Sensitive, proprietary information needs to be protected all the way to the jobsite. With more data living on the cloud than ever before, a high level of security is imperative for rugged devices. A hack into a single device can expose huge amounts of a company’s and its employees’ sensitive data. Rugged devices that include extensive security features to ensure construction businesses have a secure means of communicating, creating mobile workflows, and sending important information to and from the cloud from anywhere, are critical.

#4: Push-to-Talk services enabled on rugged devices allow you to connect with your team on site, even in extreme conditions

Today, Push-to-Talk (PTT) over LTE offered by leading wireless service providers is extremely affordable and hugely helpful for construction businesses that rely on one-touch walkie-talkie style communications between individuals and groups. From supporting Verizon’s PTT Plus to AT&T’s ePTT to Sprint’s Direct Connect, devices that enable PTT capabilities need to be rugged to be a viable solution, especially when operating in potentially hazardous environments on a construction jobsite. Many rugged devices have dedicated PTT buttons for true walkie-talkie-style user experiences, which can also be programmed for one-touch access to another app if PTT isn’t enabled.

#5: Rugged devices can reduce the Total Cost of Ownership

A rugged device on the jobsite can lower the Total Cost of Ownership (TCO) compared with a typical non-rugged smartphone by an average of 46%, and a rugged phone is less than 1/3 as likely to fail on the job than a non-rugged phone. Ruggedized devices hold their value for a longer period of time than non-rugged devices, cost less in repairs, don’t require expensive aftermarket accessories such as waterproof cases and, most importantly, ensure that workers won’t need to pay hundreds of dollars to replace broken phones.

#6: Construction workers won’t hate carrying it around with them off the job

For most workers, their personal phone is their work phone, too. Today’s new breed of ruggedized mobile devices no longer forces users to choose between toughness and style. With standout performance, features and durability that make them great not only for business but also for personal use, any complaints from workers about using a rugged device off the job would be hard to come by.

John Chier is director of corporate communications at Kyocera. He has worked on the Kyocera team shaping its communications strategy over the past 15 years — 13 of those years in-house and two with a Kyocera agency partner. John has always had a passion for writing and began his career as a newspaper reporter at the Whittier Daily News, part of a multi-paper syndicate in Los Angeles. When not working, he and his wife can usually be found coaching, shuttling, refereeing or cheering for his three sons and their numerous plays, concerts and sports teams.

Connectivity and automation benefit from the speed and reliability of the emerging 5G cellular network.
Curt Bennink
February 10, 2020

How to Build 'Natural' Customer Service

In order to achieve consistency in customer service, you need to set standards. These standards are guidelines that provide structure to important components of the customer interaction.
Barry Himmel, Signature Worldwide
September 17, 2019

A successful project manager must strongly grasp how to keep their employees motivated; here are eight tips directly from construction project managers
February 27, 2017

The Cat S60’s durability specs respond to customer demand, and thermal imaging capability can be used as a machine-diagnostic tool
December 6, 2016