Fatalities in Construction are Down, but Still Highest Industry 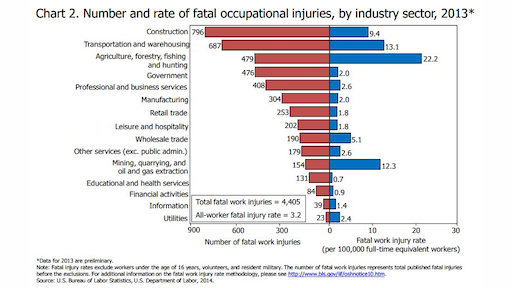 Construction leads the Census of Fatal Occupational Injuries with 796 fatalities in 2013, but ranks fourth among industries' fatal work injury rates.

Overall construction fatalities are down 36% since 2006.

These are preliminary numbers. Final 2013 data from CFOI will be released in the late spring of 2015.

Getting through a hot day takes planning and preparation; don't show up to the jobsite unprepared for the heat
July 11, 2017
Follow Us