With the House and Senate passing different versions of the bill, lawmakers have until Friday to compromise before DOT starts slashing state payments 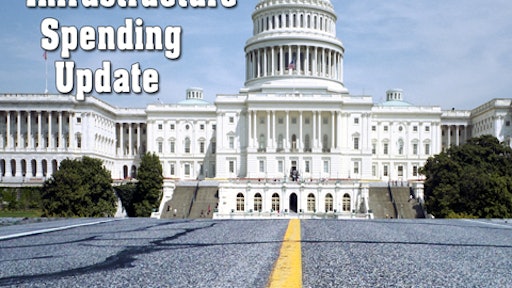 The Senate passed a bill to rescue highway and transit funding that House Speaker John Boehner says he won’t accept, keeping the specter of a “highway cliff” alive with just days before Congress is set to leave for its August recess.

With both chambers having passed different versions of the bill, lawmakers will now engage in a staring contest until one side blinks. What’s at stake is federal funding for transportation projects across the country, which are in jeopardy as long as Congress is at odds.

If Congress does not act before leaving at week’s end, the Transportation Department will start slashing payments to states for transportation projects on August 1 — a dynamic the Senate action Tuesday evening brings even closer as time dwindles.

"The Senate did the responsible thing by voting to force a long-term resolution to financing the Highway Trust Fund before the end of this year," says AEM President Dennis Slater. "Given the bipartisan support for this measure in the Senate, Speaker Boehner should allow a vote on this legislation in the House. If the House cannot support the Senate-passed legislation, then lawmakers must work in good faith to forge a compromise before leaving town for their August recess."

Speaker John Boehner (R-Ohio) made clear Tuesday that the House wasn’t about to reopen the highway debate, having passed legislation that would prevent the Highway Trust Fund from going bankrupt in August.

“I just want to make clear: If the Senate sends a highway bill over here with those provisions, we’re just going to strip it out,” Boehner said.

Without congressional action, funding for road and infrastructure projects will dry up next month, idling projects across the country during the summer driving season.

House GOP leaders have expressed confidence that the Senate will ultimately accept their version of the transportation bill because both parties fear being blamed for shutting down construction projects in an election year.

“We ... urge the House and Senate negotiators to now take advantage of the opportunity to craft legislation that continues funding to the states and focuses the attention of Congress on resolving this year the underlying revenue problem that is impeding the mobility and safe transportation that American citizens and businesses deserve," says ARTBA President & CEO Pete Ruane.

The House has until the end of the week to either send the bill back to the Senate or pass the Senate-version. Both chambers are scheduled to leave for the August recess on Friday.

"Time is of the essence," says Slater. "Congress must act swiftly to allay the massive uncertainty businesses face as soon as the end of this week."

Separately during the Senate debate, lawmakers killed an amendment offered by Sen. Mike Lee (R-Utah) to gradually reduce the federal gas tax from 18.4 cents per gallon to 3.7 cents. The tax is the traditional source of revenue for transportation projects, and has not been hiked since 1993.

The amendment was killed in a 28-69 vote, reaffirming the federal government’s role in maintaining vital highway infrastructure.

(more on the Congressional scrum over transportation funding . . . )

Dennis Howard, RDO Equipment, and Becky Schultz, Equipment Today editor and ForConstructionPros.com contributor, continue the conversation on what's happening and what lies ahead for construction in Part 2 of The Track.
RDO Equipment Co.
August 4, 2020