Construction unemployment rate of 5.5% is at its lowest level since August 2007 despite July nonresidential job losses 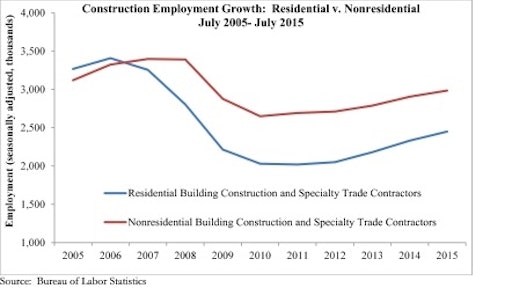 "The nation added 215,000 jobs on net in July, including 6,000 in construction," said Basu. "Given the uptick in overall nonresidential construction spending, one would anticipate that the net figure would be better than it has been in recent months, likely indicating that expanding firms are finding it increasingly difficult to secure properly credentialed workers. This is of course true in many industries, but construction may be considered a special case because so many workers left the construction segment in favor of others during the downturn.

Drop in Nonresidential Construction Employment No Cause for Concern

Construction Employment Declines in Half the States in June