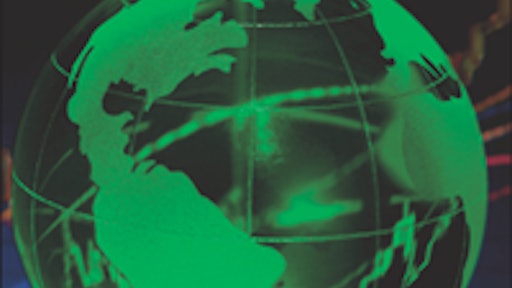 Investment in equipment and software is expected to grow a sluggish 0.9 percent in 2016, according to the Q3 update to the 2016 Equipment Leasing & Finance U.S. Economic Outlook released by the Equipment Leasing & Finance Foundation. The Foundation revised its forecast to 0.9 percent, down from 2.7 percent growth forecast in its Q2 update to the 2016 Economic Outlook released in April. The slow growth in business investment is due to a combination of slow growth in the global economy, a contraction in trade, heightened political uncertainty and low commodity prices.

Ralph Petta, President of the Foundation and President and CEO of the Equipment Leasing and Finance Association, said, “Sluggish growth in equipment and software investment projected over the short term by this latest Foundation analysis is indicative of the slowdown in business fixed investment reported by federal government data over the past several quarters. The equipment finance sector generally mirrors overall performance of the U.S. economy. A number of factors, both domestic and externally focused, cloud the growth picture for the equipment finance industry, and this slow-growth scenario, in all likelihood, will continue for the rest of the year as many ELFA members report soft business conditions.”

The Foundation’s report, which is focused on the $1 trillion equipment leasing and finance industry, highlights key trends in equipment investment and places them in the context of the broader U.S. economic climate. Highlights from the study include:

- Supported by generally healthy domestic fundamentals, the U.S. economy is forecast to expand 2.2 percent in 2016, slightly slower than the pace of growth over the past two years. Headwinds, including uncertainties posed by the results of the Brexit referendum, a trend of declining global trade and a persistently strong dollar, are expected to continue to hurt U.S. market confidence and slow economic growth.

- A modest increase in business demand for credit may indicate a small revival in business investment later in the year. Overall, credit markets are healthy and do not currently exhibit any major red flags that would hurt consumers or businesses this year.

- The Foundation-Keybridge U.S. Equipment & Software Investment Momentum Monitor, which is included in the report and tracks 12 equipment and software investment verticals, forecasts that investment in most verticals is likely to remain relatively weak through the end of the year. Over the next three to six months:

The Foundation will host a one-hour webcast on July 20 at 1 p.m. EDT on the Outlook report and how to use the data to improve business decision-making. Learn more at www.leasefoundation.org/research/EO/.

Study: Nearly 8 in 10 Businesses Used Financing to Acquire Equipment in 2015