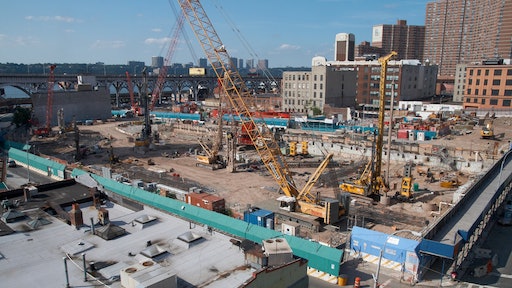 The Construction Financial Management Association (CFMA) announced the results of its quarterly CONFINDEX survey. The Overall CONFINDEX fell during the fourth quarter to 114, down 7.3% from the third quarter’s reading of 123. The Business Conditions Index, which reflects how well matters are progressing presently, fell during the fourth quarter by nearly 10 percentage points to 113. This reading is down 13% from a year ago. 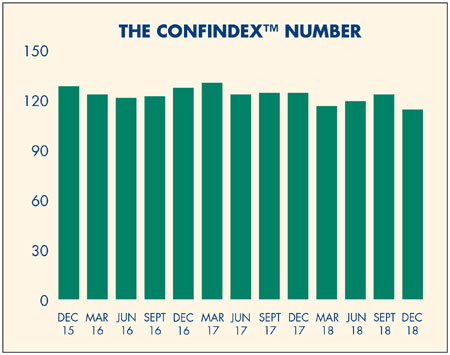 CONFINDEX is CFMA's proprietary confidence index survey of CFOs in the commercial construction sector. It is the only confidence index survey asking the level of confidence from important decision makers in a critical industry of the US economy.Construction Financial Management Association“One might suspect that an unusually large decline in construction CFO confidence would be attributable to a major, identifiable event. But qualitative information acquired through the survey reveals no major single factor — not tariffs, investigations, hurricanes, wildfires, market volatility, trade wars, or inverted yield curves. Rather, the decline in confidence appears to be related to simple economics, with more CFOs concerned that the workings of the economy will continue to grind profit margins lower. There also appears to be intensifying concern that the construction spending cycle is manifesting late-cycle dynamics,” notes CFMA’s Economic Advisor Anirban Basu.

CONFINDEX is CFMA's proprietary confidence index survey of CFOs in the commercial construction sector. It is the only confidence index survey asking the level of confidence from important decision makers in a critical industry of the US economy. CONFINDEX is compiled from four sub-indices measuring critical components of the financial health of a commercial construction company: Business Conditions, Financial Conditions, Current Conditions, and Year-Ahead Outlook. Less than a 100 reading indicates pessimism among the survey participants, while a reading more than 100 indicates optimism among the survey participants.

“The upshot is that CFOs are becoming increasingly nervous. With the cost of delivering construction services on the rise, more projects are likely to prove too expensive for owners to move ahead. The implication is that not only will profit margins be under pressure, but so, too, might be the absolute volume of work,” notes CFMA President & CEO Stuart Binstock.

The next CONFINDEX survey and results will be released in March 2019.

Most construction owners are optimistic about the strength of the upcoming peak season and their business’s ability to get back on track, the study says.
Gigi Wood
April 29, 2021
Follow Us