June new-home construction and apartment development exceeded expectations, after May results were revised lower, with single family growth centered in the South and Northeast 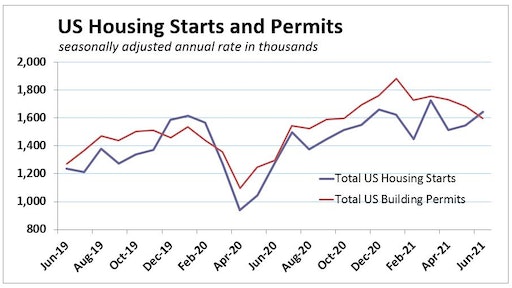 Housing starts rose 6.3% in June to a 1.643 million-unit annual pace, with both single-family and multifamily starts rising solidly. Data for May were revised slightly lower. The net result is stronger than had been expected, and new home construction and apartment development both appear to be regaining momentum lost earlier this spring.

Single-family starts rose 6.3% to a 1.160 million-unit pace, which is the second highest level this year. All of June's increase took place in South, where single-family starts jumped 13.7% to a 672,000-unit annual pace. The South typically accounts for well over half of all the single-family homes built in the United States each year. 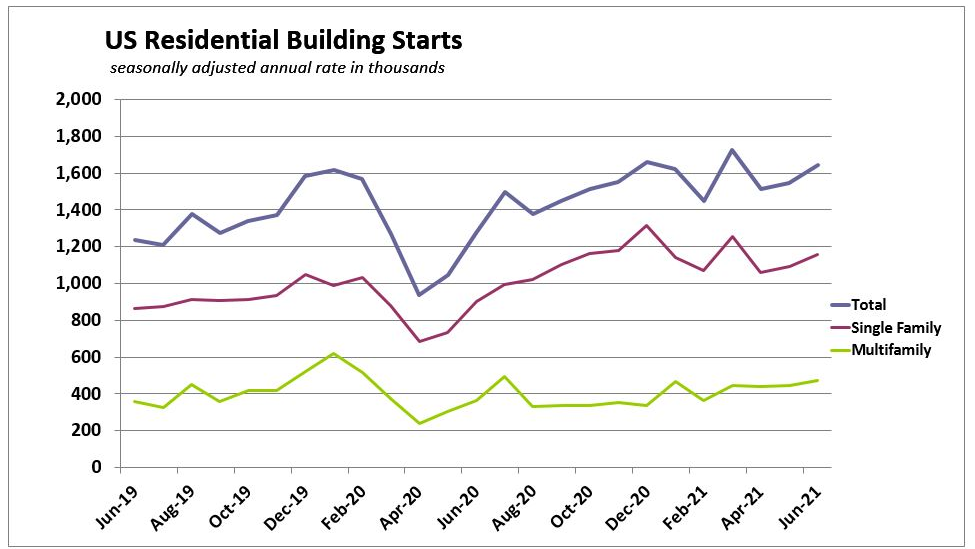 Housing permits, however, fell 5.1% in June – their third consecutive drop – to their lowest point since October. Single-family permits fell 6.3% and multifamily permits dropped 2.6%.

“Permits tend to be less volatile than starts and have been running significantly above starts for the past year,” says Mark Vitner, senior economist with Wells Fargo Securities. “June's decline brings permits back in line with starts.”

A large backlog of housing units authorized but not started remains.

The rise in housing units authorized but not started is consistent with new home sales data, which show a persistent rise in share of sales where construction has not yet started. Builders have been managing their way through supply chain bottlenecks by limiting sales in new home communities. Once supply chain bottlenecks ease further, sales caps will be lifted and both sales and housing starts will strengthen.

“Those that argue that the recent slide in permits bodes something more sinister for housing are missing just how much more permits have risen than starts,” says Vitner. “Permits through the first six months of this year total 865,500 units, which is a full 10% more than starts. Permits have been running ahead of starts for the past year, however, which has led to a persistent rise in the number of homes authorized but not yet started. That backlog has risen 43.3% over the past year, with most of the increase coming from single-family homes.” 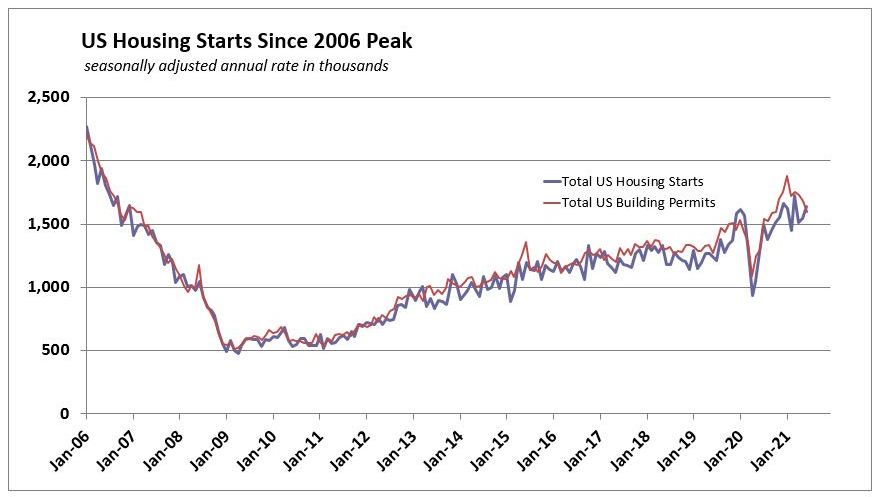