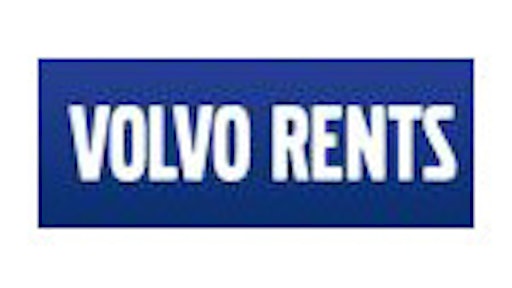 Volvo Rents, widely known for its philanthropic efforts with Homes for Our Troops (HFOT), has partnered with popular HGTV and DIY Network star, Ahmed Hassan, best known as the creative host on "Yard Crashers." Hassan will provide the landscaping and yard makeover for three homes being built and donated by HFOT with the help of Volvo Rents.

With the help of Volvo Rents, HFOT began construction in September on one of the homes in Temecula and the other two in El Cajon, Calif. The new custom homes have been designed to provide the severely injured veterans with maximum freedom of movement and the ability to live more independently. Ahmed Hassan, a licensed landscape contractor accustomed to doing blitz style makeovers, will work with Homes for Our Troops, Volvo Rents, the veterans, their friends and families, as well as the volunteers and organizations involved in the local communities.

Receiving a new home in Temecula, Calif. is Army SSG Wallace Fanene, who returned home from his second deployment to Iraq after losing his right leg and right lower arm in an IED explosion. A husband and father, Fanene said the new custom home will "take away the last margin of struggle I have had to obtain my normal life again."

Neighboring homes being built in El Cajon, Calif. will provide the same relief to Marine Cpl Travis Greene and Army SGT Odin Ayala. Greene returned home from his third deployment to Iraq when he sustained significant injuries during an IED attack while assisting in a med-evac of another wounded Marine. The injuries resulted in the amputation of both Cpl. Green's legs.

Returning home from his third deployment to Afghanistan, Army SGT Odin Ayala sustained significant injuries after stepping on an IED while on foot patrol, causing him to lose both of his legs and substantial injuries to his left hand. Still undergoing treatment and therapy for his injuries, Ayala said the home will help him focus on his recovery and his future.

Additional sponsors donating everything from manpower to hand tools, to irrigation installation and funding for the projects include local businesses Hunter Industries, Village Nurseries, Corona Tools, and Genie Industries.