Restructuring and cost reduction plans include permanently cutting 4,000 to 5,000 salaried workers through 2016 and possible plant consolidations and closures 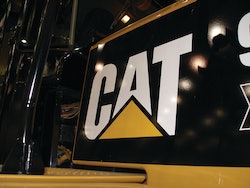 Key steps planned by the company include:

The remaining cost reductions are expected to come from lower period manufacturing costs, including savings from additional contemplated facility consolidations and closures, which could impact more than 20 facilities and slightly more than 10% of the company's manufacturing square footage. A portion of these cost reductions are expected to be effective in 2016, with more savings anticipated in 2017 and 2018.

“We are facing a convergence of challenging marketplace conditions in key regions and industry sectors – namely in mining and energy,” said Doug Oberhelman, Caterpillar chairman and CEO. That convergence is expected to deal Cat its fourth consecutive year of declining revenue in 2016. “While we’ve already made substantial adjustments as these market conditions have emerged, we are taking even more decisive actions now. We don’t make these decisions lightly, but I’m confident these additional steps will better position Caterpillar to deliver solid results when demand improves.”

“Our strategy is to deliver superior total shareholder returns through the business cycle, and growth is a key element of that strategy. However, several of the key industries we serve – including mining, oil and gas, construction and rail – have a long history of substantial cyclicality. While they are the right businesses to be in for the long term, we have to manage through what can be considerable and sometimes prolonged downturns,” added Oberhelman.

Today’s announcement is in addition to significant actions already taken. Since 2013, Caterpillar has closed or announced plans to close or consolidate more than 20 facilities, impacting 8 million sq. ft. of manufacturing space. The company has also reduced its total workforce by more than 31,000 since mid-2012.

“We recognize today’s news and actions taken in recent years are difficult for our employees, their families and the communities where we’re located. We have a talented and dedicated workforce, and we know this will be hard for them,” said Oberhelman.

While Caterpillar has taken action in response to macro-economic challenges, it has remained focused on strategy execution – and that has driven positive operational results, including:

“Operational improvements have contributed to our strong balance sheet and cash flow. In fact, three of our four best years of Machinery, Energy & Transportation (ME&T) operating cash flow have occurred since 2011 – at the same time sales and revenues have been under pressure. That’s driven substantial improvement in our quarterly dividend. Our dividend increased 15% in 2013, 17% in 2014 and 10% in 2015. That’s enabled $8.2 billion of share repurchases over the past three years,” said Oberhelman.

Following are questions and answers related to today’s announcement:

Q1: Can you be more specific about which manufacturing facilities are being consolidated and/or closed? Which of your businesses are affected? What regions of the world will be impacted?

A: We are contemplating restructuring actions that could impact more than 20 facilities around the world and across our three large segments – Construction Industries, Resource Industries and Energy & Transportation. There are many factors that impact these contemplated decisions and the subsequent timing of when each would be announced and implemented. Employees will be notified as decisions are made for each facility.

Q2: You’ve updated your 2015 outlook for sales and revenues, but not for profit. Can you provide more context on 2015 profit?

A: We are lowering the 2015 sales and revenues outlook to about $48 billion, which is about $1 billion lower than our previous outlook of about $49 billion. The $1 billion decline is a result of broadly weaker business conditions across our three large segments – Construction Industries, Energy & Transportation and Resource Industries. The $1 billion decline is expected to impact both the third and fourth quarters of 2015.

We will provide an update of the 2015 profit outlook with our third-quarter financial release in late October. That said, the decline in the sales outlook and higher restructuring costs as a result of today’s announcement will be negative for profit. On the positive side, we expect that costs (not including restructuring costs) will be favorable. Over the next few weeks, we will have a better view of how these factors, particularly restructuring costs, will impact 2015 profit.

Q3: You typically provide a preliminary outlook of the following year in your third-quarter financial release. It seems as though you’ve done that in today’s announcement. Why have you done that earlier than normal?

A: We started our planning process earlier than usual due to the convergence of challenging marketplace conditions our business is facing. At this point, we are experiencing continued weakness in key industries that we serve. We expect that will lead to our fourth consecutive year of sales decline, with our sales and revenues down about 5% in 2016 versus 2015. We currently expect the decline in sales and revenues in 2016 will occur in all three of our large segments – Construction Industries, Energy & Transportation and Resource Industries – with the most significant decline in the oil and gas portion of our Energy and Transportation segment. With the continuing decline in sales, it was appropriate to take the additional restructuring and cost reduction actions that were announced today, and issuing next year’s preliminary sales and revenues outlook provided additional context for today’s restructuring announcement.

Q4: While you usually provide next year’s profit outlook in January, is there any context you can provide to help put 2016 profit in perspective?

A: We have more work to do to complete our profit plan for 2016 and to understand how today’s announcement affects each of our businesses. That said, there are three directional points related to 2016 profit that are noteworthy – two negative to profit versus 2015 and one that we expect to be positive. On the negative side, 2015 had a gain on the sale of our remaining ownership of our third-party logistics business that helped profit in 2015 by about $0.14 per share; that will not repeat in 2016. Second, the sales decline in 2016 (about 5%) is expected to be concentrated in relatively higher margin products, so the impact of sales mix is expected to be unfavorable by about $500 million. On the positive side for profit, we expect that about half of the cost reduction expected from the restructuring actions in today’s release ($1.5 billion) will be effective in 2016. We expect to provide an updated outlook for sales and revenues and a profit outlook for 2016 in more detail with our year-end financial release in January.

Q5: Does today’s announcement reflect a change in your long-term view of the key industries you serve – construction, mining, oil and gas, etc.?

A: Many of the key industries we serve have a long history of substantial cyclicality and are currently well below prior peak levels. For example, mining equipment sales are far below the prior peak and are substantially below what we would consider a reasonable replacement level. Oil and gas has declined substantially as a result of lower oil prices, and construction equipment sales are well below prior peaks in North America, Latin America, Europe, Africa, the Middle East and Asia Pacific. As the world economy improves, we strongly believe the need for Cat products and services for infrastructure, mining, commodities, energy and transportation will improve. With the actions we’ve taken over the past few years, along with the restructuring announced today, we believe Caterpillar will be well positioned to deliver solid results when these industries recover and demand improves.

Caterpillar to Lay Off 300 in Mossville, Thousands Overseas