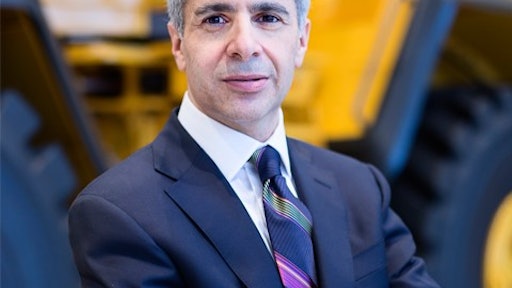 Alan Berger has been appointed senior vice president, Technology at Volvo Construction Equipment (Volvo CE). Berger has worked for the company since 2007 and has held a variety of senior engineering, technology and management roles both within the Volvo Group and outside the company.

Berger is responsible for leading the development and delivery of Volvo CE’s global Technology strategy. Reporting to company President Martin Weissburg and serving as part of the executive management team, Berger will be based at Volvo CE’s global headquarters in Brussels, Belgium. Effective from the start of this year, he replaces Anders P. Larsson who took the role of president of Volvo CE Investment China and head of the Lingong Integration Office on January 1, 2016.

Berger holds a bachelor of science degree in electrical engineering, computer engineering and applied mathematics as well as a master’s degree in electrical engineering, controls and signal processing, both from Carnegie Mellon University. He also has a MBA from J.L Kellogg Graduate School of Management, Northwestern University. He holds 21 US patents and is the author of nine publications, primarily in electro-mechanical and embedded electronic products.

Berger will relocate to Belgium this summer with his wife. He is currently based in Shippensburg, PA.

New series of payment letters will make clear what’s owed, and OSHA will put businesses that fail to pay citations on a priority list for further inspection
Larry Stewart
January 18, 2021
Follow Us