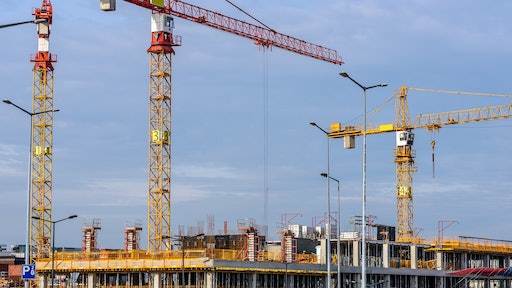 Starting the year on a strong note, architecture firm billings growth strengthened in January to a level not seen in the previous 12 months according to a new report from The American Institute of Architects (AIA).

AIA’s Architecture Billings Index (ABI) score for January was 55.3 compared to 51.0 in December. Indicators of work in the pipeline, including inquiries into new projects and the value of new design contracts, also strengthened in January. 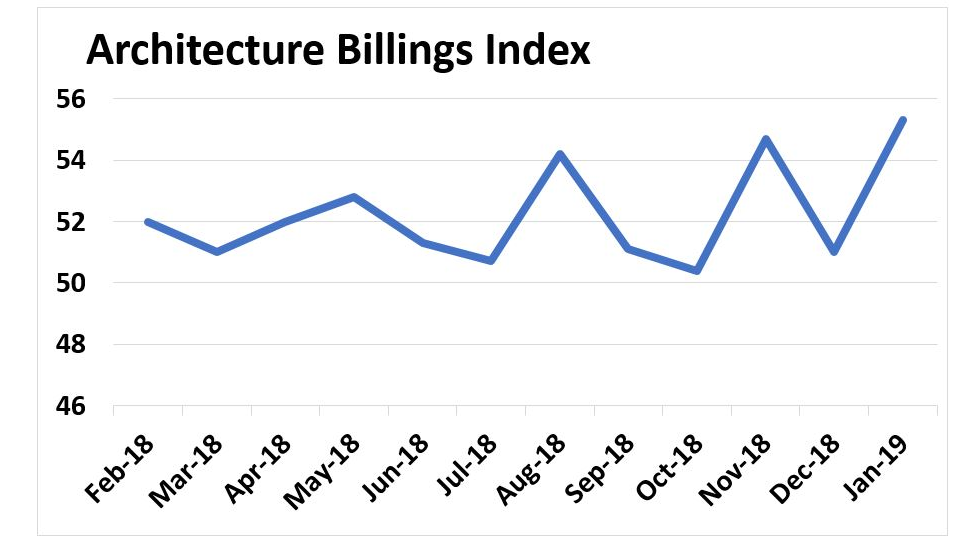 “The government shutdown affected architecture firms but doesn’t appear to have created a slowdown in the profession,” said AIA Chief Economist Kermit Baker, Hon. AIA, PhD. “While AIA did hear from a few firms that were experiencing significant cash flow issues due to the shutdown, the data suggests that the majority of firms had no long-term impact.”

Key ABI highlights for January include:

Regional averages were up in the South, Northeast and West. In January, the Midwest was the only region to see a decline in its ABI compared to December.

Three of the four sectors in the index were also up compared to the December ABI readings. Institutional is the only sector that decreased compared to December.

Regional and sector categories above are calculated as a three-month moving average, whereas the national index, design contracts, and inquiries are monthly numbers.