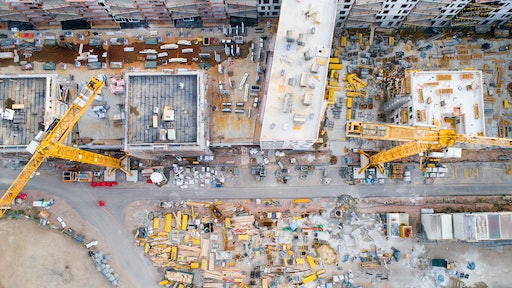 National nonresidential construction spending declined 0.3% in November but is up 5.1% year over year, according to an Associated Builders and Contractors (ABC) analysis of U.S. Census Bureau data. On a seasonally adjusted annualized basis, spending totaled $781.1 billion, 1.8% lower than the cyclical peak in April 2019. 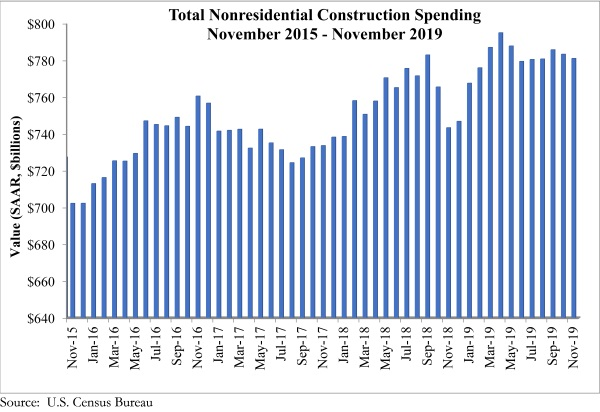 Private nonresidential spending fell 1.2% on a monthly basis and is up by a slight 0.2% compared to the same time last year. Public nonresidential construction spending increased 0.9% in November and is up 12.4% year over year.

“For months, there has been a lull in private nonresidential construction spending,” said ABC Chief Economist Anirban Basu. “The lack of spending growth has been apparent in many private segments, including in the lodging and commercial categories. November data extended this trend, with construction spending in the lodging and commercial categories down on a monthly basis.

“Meanwhile, public construction spending has continued to race higher due in large measure to a strong U.S. economy that continues to support state and local government fiscal health,” said Basu. “The low cost of capital associated with today’s environment also makes it advantageous for governments to float bonds to finance infrastructure, helping to propel rapid growth in highway and street construction (up 8% year over year), public safety (11%), and a number of other public categories. The hope is that policymakers in Washington, D.C., will soon address the pending insolvency of the Highway Trust Fund, allowing for public construction momentum to persist. 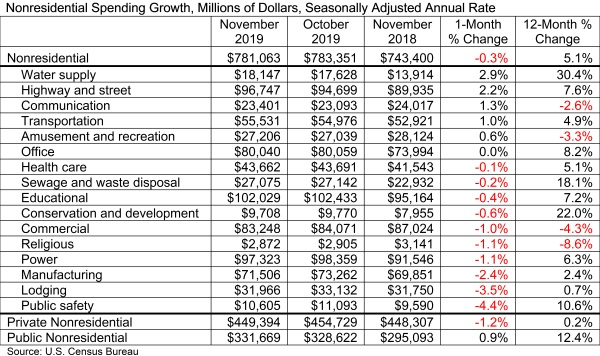 “There is a growing likelihood that momentum in private nonresidential construction spending will resurface,” said Basu. “The economy’s performance has been far superior to what many economists had anticipated. Contractors remain confident regarding sales prospects over the first half of 2020, according to ABC’s Construction Confidence Index, with construction backlog standing at nearly nine months as of October 2019, according to ABC’s Construction Backlog Indicator. In addition, the labor market has remained stronger than anticipated, creating new jobs and new demand for office, flex, distribution and other forms of space. After sending out recessionary signals during mid-2019, the economy has rebounded despite lingering uncertainty emanating from many sources, including the Middle East. Through it all, the U.S. economy has remained robust, positioning office and other lagging segments to improve during the months ahead.”