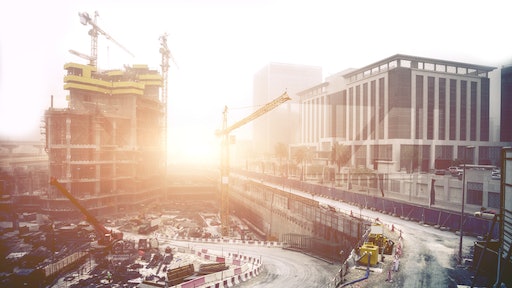 National nonresidential construction spending fell 0.1% in March and is up 2% compared to the same time last year, according to an Associated Builders and Contractors (ABC) analysis of U.S. Census Bureau data. On a seasonally adjusted annualized basis, spending totaled $802.6 billion for the month. 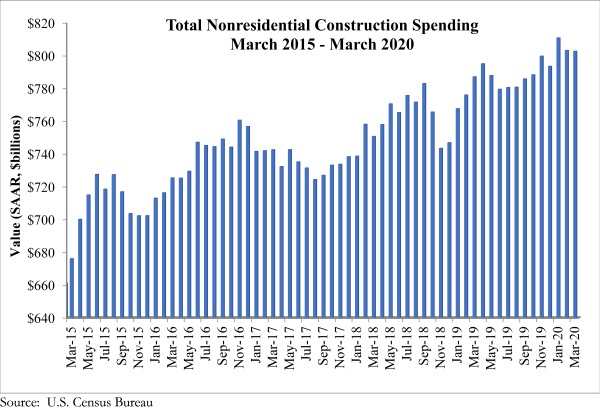 Associated Builders and Contractors“Today’s data release answers precious few questions,” said ABC Chief Economist Anirban Basu. “The great debate has been whether the combination of pre-existing backlog as reported in ABC’s Construction Backlog Indicator and the classification of construction as an essential activity in much of the nation would help shield the sector from the downturn. Based on March construction spending data, industry activity largely proceeded apace, with recessionary forces impeding broader industry activity to only a limited extent.

“However, the data are inconclusive,” said Basu. “Economically, the pandemic impacted only a portion of March. Moreover, March represented only the tip of the iceberg in terms of the economic impact of COVID-19, as April was far worse. Many general contractors are in the midst of discussions with developers and other consumers of construction services regarding potential project postponements and cancellations. While the health of public finances held up in March, they collapsed in April as governors, mayors, county executives and others began to observe large gaps in budgets. According to ABC’s Construction Confidence Index, confidence in sales, profit margins and staffing levels plummeted in late March. This strongly implies that pre-existing backlog may not be as potent a defensive mechanism as it typically is during the early stages of an economic downturn.

“Furthermore, there have been anecdotal reports of construction projects shutting down temporarily due to lingering concerns about the need for aggressive social distancing and associated worker availability challenges,” said Basu. “All of this suggests that the March spending data may be supplying a false sense of industry-wide stability. Data characterizing construction spending in April and May will be far more instructive.” 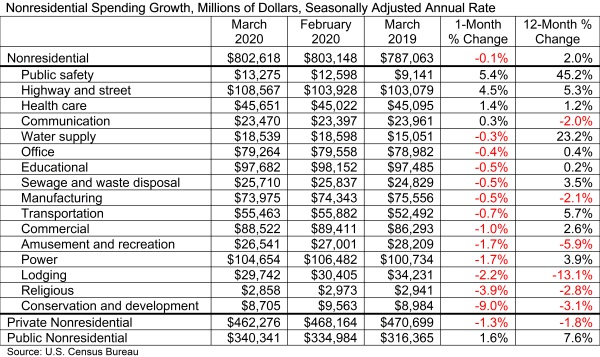