"The tail end of 2020 and the early stages of 2021 could represent a challenging period for many contractors,” says ABC's Anirban Basu. 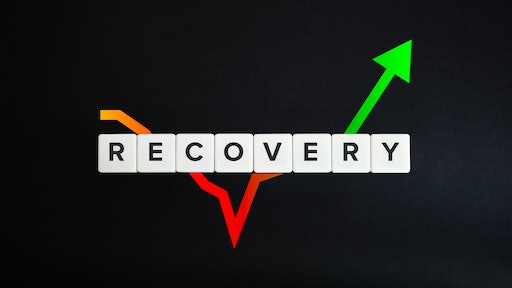 The U.S. economy expanded at an annualized rate of 33.1% during the third quarter of 2020, helping to offset a significant share of the economic loss sustained during the second quarter, according to an Associated Builders and Contractors (ABC) analysis of U.S. Bureau of Economic Analysis data. Increases in personal consumption expenditures, private inventory investment and exports drove the partial rebound.

“Early in the crisis, economists predicted that the initial phase of recovery from the horrendous economic losses sustained in March and April would be brisk, which is precisely what has occurred,” said ABC Chief Economist Anirban Basu. “This is apparent in a number of data series, including job growth, the dip in unemployment since April, retail sales, manufacturing, single-family building permits and now gross domestic product.

“But that forecast pertained only to the initial phase of recovery,” said Basu. “The complete story is yet to be told, as the GDP data released today relate to the economic recovery as it was in the third quarter. Today, with case counts spiking, hospitalizations on the rise and winter looming, the near-term outlook has become decidedly grimmer. Another recession seems possible — if not likely — which would have the impact of further delaying recovery in the nonresidential construction sector. Sharp declines in construction spending in the office, lodging and commercial segments have already been registered and further stagnation is probable. ABC’s Construction Backlog Indicator declined by half a month in September and stands at its lowest level since the second quarter of 2012.

“On the other hand, there is some upside risk,” said Basu. “There are more than 200 clinical trials underway in search of a vaccine. Both business and household spending rose dramatically during the third quarter, hardly an indication of collapsing confidence or depressed expectations. There is also the possibility of additional stimulus funding, perhaps as soon as after the presidential inauguration. If a stimulus package is passed and vaccinations are available soon, it would supercharge the economy, producing a 2021 that could be spectacular from an economic perspective. Based on historic patterns of recovery, that would set the stage for a bounce back in private nonresidential construction in 2022 and/or 2023. But the tail end of 2020 and the early stages of 2021 could represent a challenging period for many contractors.” 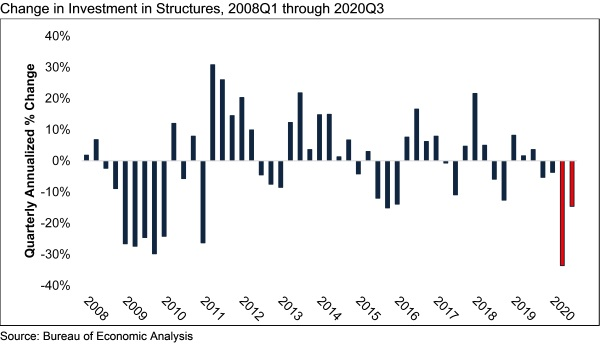