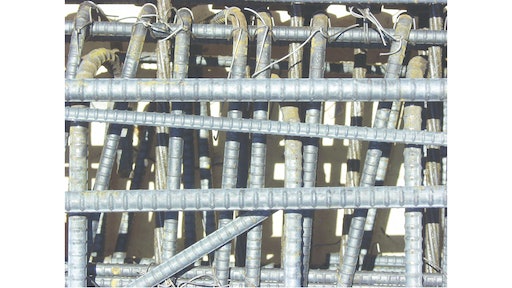 The American Concrete Institute’s 2013 edition of Concrete Terminology doesn’t include a definition for the word constructibility. So let’s look first at a broad definition, then consider a definition that will work for concrete construction.

The Construction Industry Institute (CII) defines constructibility as “the optimum use of construction knowledge and experience in planning, design, procurement and field operations to achieve the overall project objectives.” This definition clearly indicates that experienced construction personnel need to be involved with the project from the earliest stages to ensure their construction focus and experience can properly influence the owners, planners, and designer, as well as material suppliers. This differs from value engineering, which focuses primarily on cost. The design or project objectives shouldn’t be compromised simply to reduce cost. When considered during design, the goal is improved constructibility and the resultant lower cost while still meeting overall project objectives.

CII acknowledges that it is common practice in the industrial/commercial construction industry to develop a project team composed of planners, designers and a variety of construction personnel, whose sole purpose is to review design for constructibility issues. CII also acknowledges what it terms the “review fallacy” that most concrete contractors are familiar with. The “review fallacy” occurs when construction personnel are excluded from the planning process and are invited only to review completed or partially completed products from the designer. Comments usually have to be limited to minor details. CII points out that scope changes at this point are not feasible for a variety of reasons, including:

The benefits of early constructibility efforts result in a significant payback to the project. CII research has cited cost reductions of between six to 23 percent, benefit/cost ratios of up to 10:1, and large schedule reductions. The intangible benefits are as important as the quantitative benefits and must be recognized accordingly. These include:

Section 8.1 of ACI 309R-05 “Guide for Consolidation of Concrete” suggests that the method of consolidation should be carefully considered when detailing reinforcement and formwork. For example, the ACI Guide states openings in the reinforcement should be provided to allow insertion of vibrators. Typically, 4" x 6" openings at 24 in. centers are suggested. This helps to minimize honeycombing and other imperfections, both on the surface and within a concrete member.

The issue is mainly due to building Code requirements in Section 25.2.1 of ACI 318-14, which set the minimum clear spacing between parallel bars in a layer at the greatest of one inch, the reinforcing bar diameter, or 4/3 times the maximum aggregate size. The ACI 318 Commentary states that these limits were established to permit concrete to flow readily into spaces between bars and between bars and forms without honeycomb. For much reinforced concrete construction, bar sizes don’t exceed #8 and the nominal maximum aggregate size is three-quarters of an inch. Thus, a minimum clear bar spacing of one inch meets ACI 318 requirements. But a one-inch bar spacing doesn’t permit use of the common two- or three-inch diameter vibrator heads needed for adequate consolidation. Thus, recommendations in the CII, CRSI and ACI 309 documents are at odds with the minimum clear rebar spacing permitted by code requirements for the designer in ACI 318-14.

Ultimately, this is not about the needs of the designer or contractor, but those of the owner. The owner does not care about ACI 318, ACI 309, CRSI or CII recommendations. What the owner does care about is lowering the cost of construction without sacrificing quality. Concrete contractors can help to achieve this goal by providing input regarding constructibility during the early design stages. This is already being done by design-build firms, but there isn’t yet a good mechanism for accomplishing it through the design-bid-build process.