This exciting new rebar tying tool is faster and delivers even greater efficiency and labor saving than previous models. 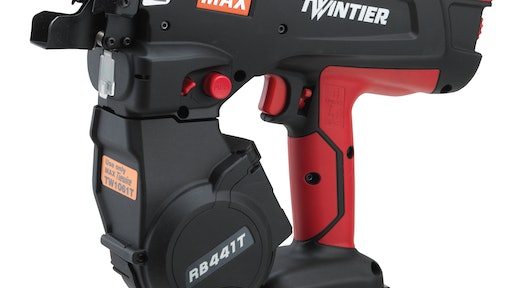 MAX USA Corp. launched its new battery operated rebar tying tool the TwinTier RB441T at the 2018 World of Concrete Show. This exciting new rebar tying tool is faster and delivers even greater efficiency and labor saving than previous models. The TwinTier’s special attributes include its faster tying speed, which further increases productivity, a reduction in wire consumption, which further increases cost savings for end-users, and a wire tie that is shorter in height requiring less concrete to fully cover it.

On October 29, 2012 Hurricane Sandy battered the Jersey Shore area in New Jersey. Susan and Walter Smith’s 1953 bungalow was located in one of the hardest hit areas and it took them three weeks just to get back to their house to see the damage.
Joe Nasvik
March 4, 2016