The Tilt-Up Concrete Association (TCA) has announced the call for entries for the 2014 Alphonse Engelman Safety Awards.

The TCA created the Safety Awards program in order to recognize the contractors in the industry committed to maintaining safe working environments on their job sites. In 2007, this program was renamed “The Alphonse Engelman Safety Awards Program” in honor of past TCA president and champion of tilt-up construction safety, Al Engelman. He helped introduce this industry awards program that now bears his name.

Presented annually at the TCA Convention, the Alphonse Engelman Safety Awards program was developed to enhance the TCA’s overall mission to improve the industry through recognition and education, while providing a special emphasis on safety.

“We feel it is important to keep safety as a top priority and the Safety Awards program is a way of honoring firms that succeed in creating a safe jobsite,” says Mitch Bloomquist, managing director for the TCA.

The TCA’s Safety Awards Program recognizes companies based on the following categories:

Submissions must be received by TCA no later than August 8, 2014. The application is available for download at http://www.tilt-up.org/awards/safety. Winners will be announced at the Tilt-Up Awards Gala, sponsored by Nox-Crete Products Group, during the TCA Annual Convention in San Jose, Calif. on September 29, 2014. 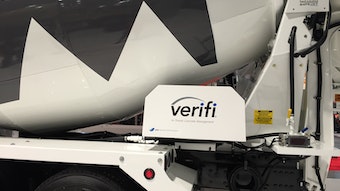 Husqvarna Group’s Construction Division signed an agreement to acquire Blastrac, one of the leading providers of surface preparation technologies for the global construction and remediation industry.
Husqvarna Construction Products
December 1, 2020