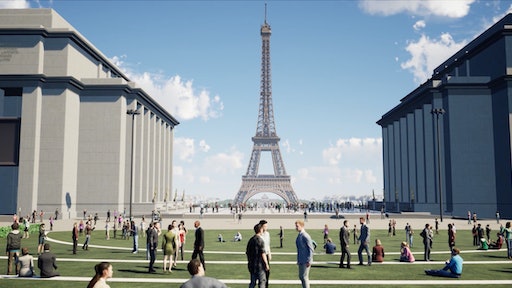 At an event held in Paris’ City Hall, Gustafson Porter + Bowman was named the winner of a competition to redevelop the Eiffel Tower’s “grand site” — an area which includes the Trocadéro Gardens and Champ de Mars, as well as the Tower and its esplanade. The announcement was made by Paris’ mayor, Anne Hidalgo, along with Jean-Louis Missika, and Jean-François Martins, Deputy Mayors of Paris. 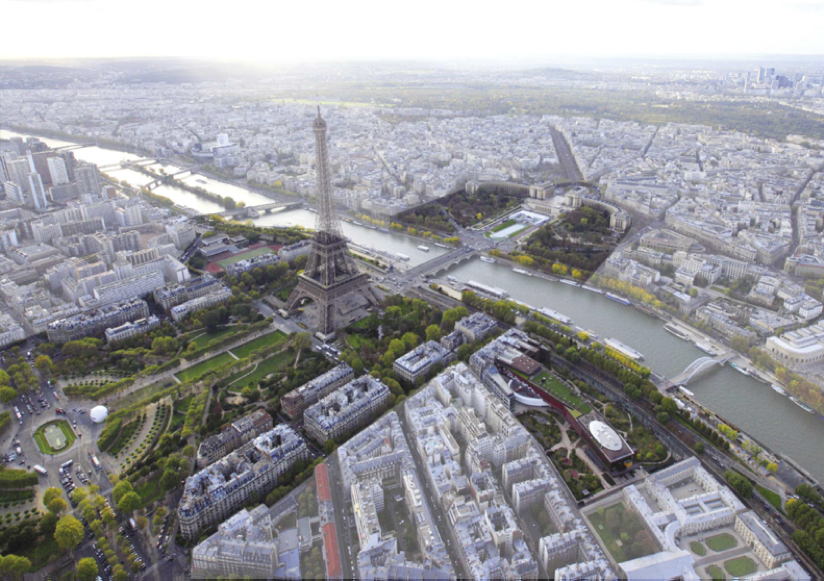 The “grand site” comprises 1.5 miles of some of Paris’ most treasured landmarks: the Eiffel Tower itself, the Champ de Mars, and the Trocadero Gardens across the Seine River.

Last year, Autodesk announced a partnership with the City of Paris to use building information modeling (BIM) to create a 3D model of the Tower’s grand site — all 1.5 miles of it. Working with WSP and Gexpertise, we created the largest urban model of its kind, complete with buildings, roads and infrastructure, pedestrian zones and street crossings, urban furniture and green areas. The model was unveiled in May 2018, along with the names of the four teams selected to compete to redesign the area: Gustafson Porter + Bowman and BIM Services; AL_A and Quatorze-ig; Agence ter and Arcadis; and KOZ Architectes.

Autodesk worked closely with the teams over the last year to help them visualize their designs, giving them access to a simplified version of the 3D model in Autodesk Infraworks to use during the different stages of the process. We also held workshops to help the teams collaborate internally and understand the challenges of the existing site, as well as to define the working methods for the integration of the models. 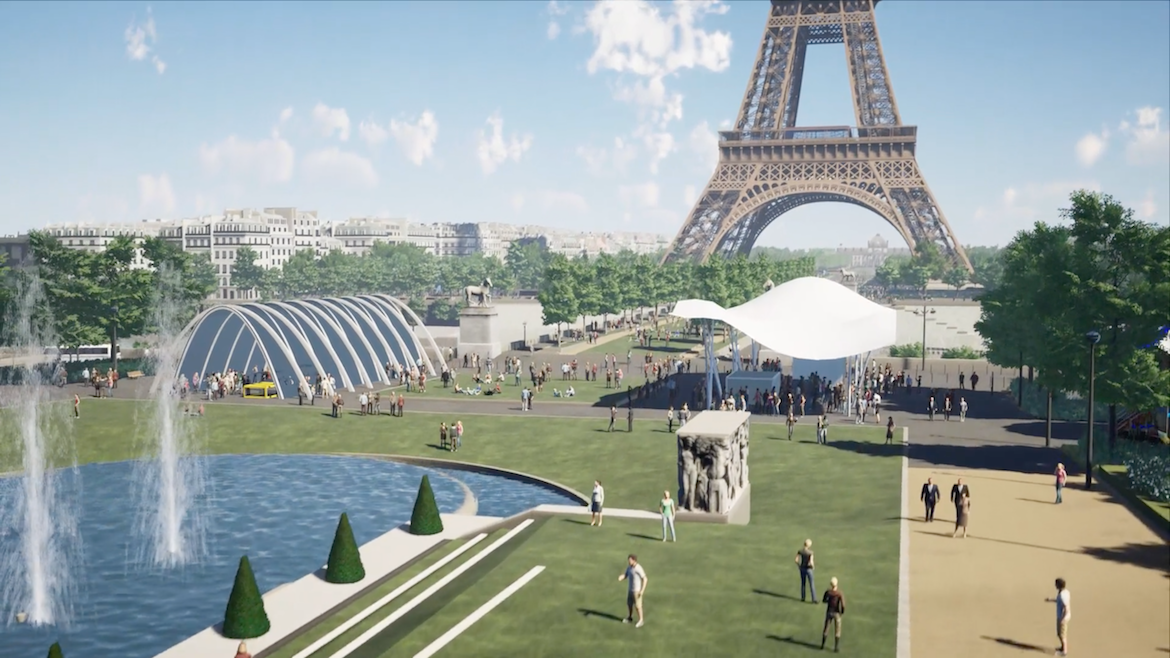 “Autodesk is proud to have supported the City of Paris and the four selected teams for one year in this competitive dialogue around this large-scale project, unique in the world. The use of an intelligent digital model, immersive 3D visualization tools and collaborative methodologies have significantly accelerated decision making and reduced potential errors. Thus, the members of the jury were able to virtually immerse themselves in the designs to visualize all the proposed developments but also to feel and experience the future journey of visitors. We congratulate the City of Paris for their commitment to this digital challenge, the winning team and all the finalists for adopting methods that illustrate the future of architecture and construction industries,” said Nicolas Mangon, VP Business & Marketing AEC at Autodesk.

All four designs were unveiled in the form of immersive experiences. By visualizing their designs in 3D before they’re built, the City of Paris anticipates a reduction in errors, greater clarity and collaboration with the winning team, and an opportunity to involve the public in the process. The models were also used by the jury panel during final judging to better understand the four proposals in a common format and to experience the site changes like a future visitor. 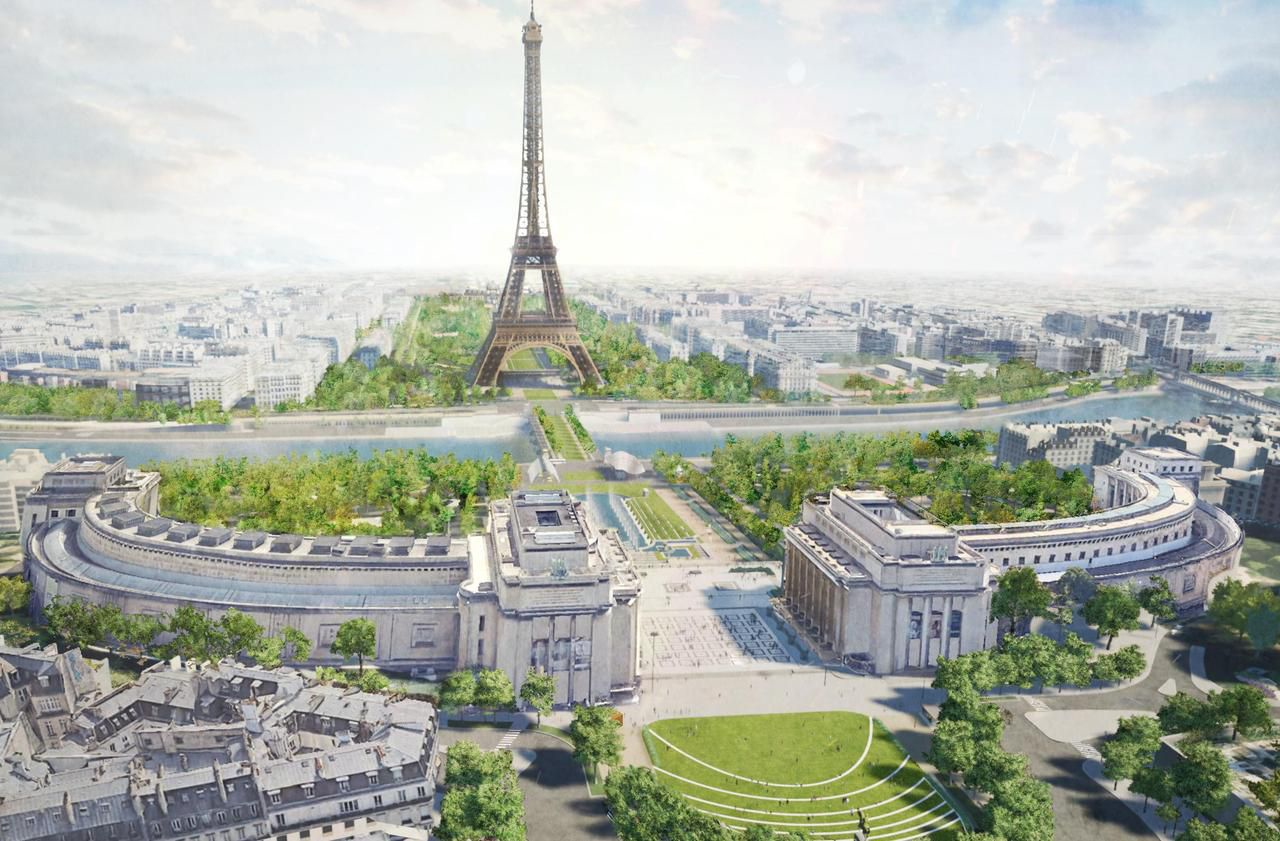 The renovation of the Eiffel Tower area is expected to be completed just in time for the 2024 Summer Olympics, and ahead of other major events in the area including the 2025 Universal Exhibition and the 2026 Rugby World Cup. The makeover isn’t just cosmetic, though. This revitalization will help the City of Paris address growing challenges related to energy, greening, supply networks, mobility, logistics, waste management, security, and flooding.

Now that the winning team has been unveiled, the public is invited to share feedback on the design. All four designs will be on display at the Pavillon de l’Arsenal in a one-month exhibit. The winning team will consider feedback and implement changes based on project needs. Once the design is finalized, it will undergo necessary analysis, simulation, and official approvals with the aim of securing a building permit by early 2020 so the revitalization can begin.

You can see videos of each design here:

See how the original model was created: https://youtu.be/eQTuJL6CK58

Soil Connect is solving problems on jobsites by helping to connect those who have dirt and other materials with those who need it.
Soil Connect
October 28, 2020