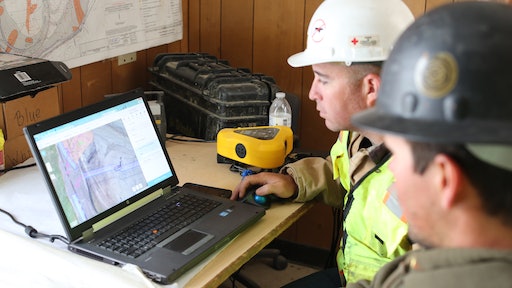 Planning weekly operations used to take a few hours. By adopting drone technology and software, Independent’s foremen are now able to reduce planning time to less than an hour.
TraceAir

"Dirt busts" and double handling are major margin killers for grading contractors, but without access to current, accurate topographical data, some waste is inevitable. To combat this, Independent Construction Company, headquartered in Concord, CA, has chosen to leverage technology across its portfolio of projects to maximize efficiency of its operations and empower its team.

One such technology in its arsenal is TraceAir, a software solution that uses drone data to help construction teams streamline projects. Independent began using it in December 2016, when drones were used for a first test flyover on a project at Faria Ranch in San Ramon, CA. The contractor has since utilized the technology on 44 projects to improve efficiency across its grading operations. 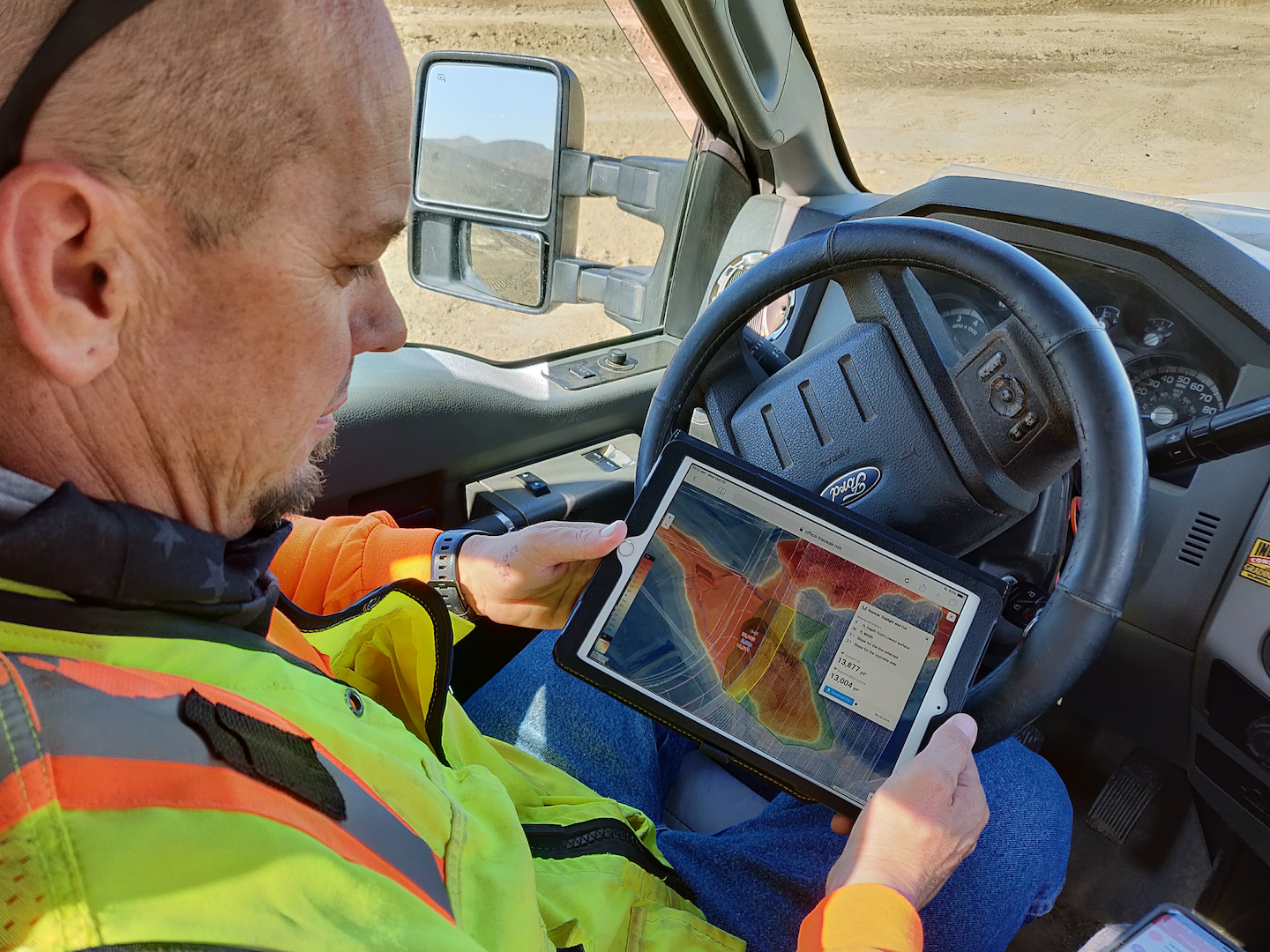 Field managers such as Mike Jensen can use TraceAir to perform many tasks that were previously were done at the office, including site measurements.TraceAir"When we started to use TraceAir and realized how user-friendly and accurate it was, we relied on it a lot more and benefited from it significantly,” says Mike Jensen, foreman for Independent. “Unlike other software in the industry, TraceAir puts data analytics in the hands of field managers. So, now we do many tasks that previously were done at the office, including measurements."

Planning weekly operations used to take foremen a few hours; it required a site inspection, reviewing project plans and consulting with engineers to determine the most efficient grading strategy. By adopting drone technology and software, Independent’s foremen are now able to reduce their planning time to less than an hour.

Using TraceAir’s 3D topography, the entire team has a clear, accurate view of current site conditions. In addition to a visual representation of the site, they have access to quantifiable data related to overall site balances, slopes, cut/fill in specific areas and the amount of dirt moved daily.

“When you’re moving half a million yards a week, and you’re working in five or six locations at one time, there’s a lot of changing going on,” says Bob Ogier, an Independent superintendent. “TraceAir gives us real-time information about how much material we move.”

TraceAir gives Independent Construction quantifiable data related to overall site balances, slopes, cut/fill in specific areas and the amount of dirt moved daily.TraceAirIneffective sequencing and subsequent delays can create significant challenges for grading contractors, as well. For Independent, a single sequencing error could force equipment to remain idle on a project and potentially delay another project dependent on that equipment. By allowing teams to plan operations effectively and minimize waste, TraceAir enables the contractor to utilize its equipment to its full potential.

Independent now captures weekly surveys using drones and uses TraceAir’s software to measure, track and visualize projects. It is able to measure site balances at a fraction of the cost of traditional surveys, as well as course correct when something goes wrong.

Take a project for Skyline Ranch, a 500-acre development site. The developer wanted 27 million cu. yds. of total cut moved in just 16 months. With some approvals still pending and model homes designed to be in the middle of the site, the job had to be built out of sequence – at the risk of a serious dirt imbalance. Independent saw the opportunity to use technology to not only bid competitively to win the contract but to address the project challenges as they arose. 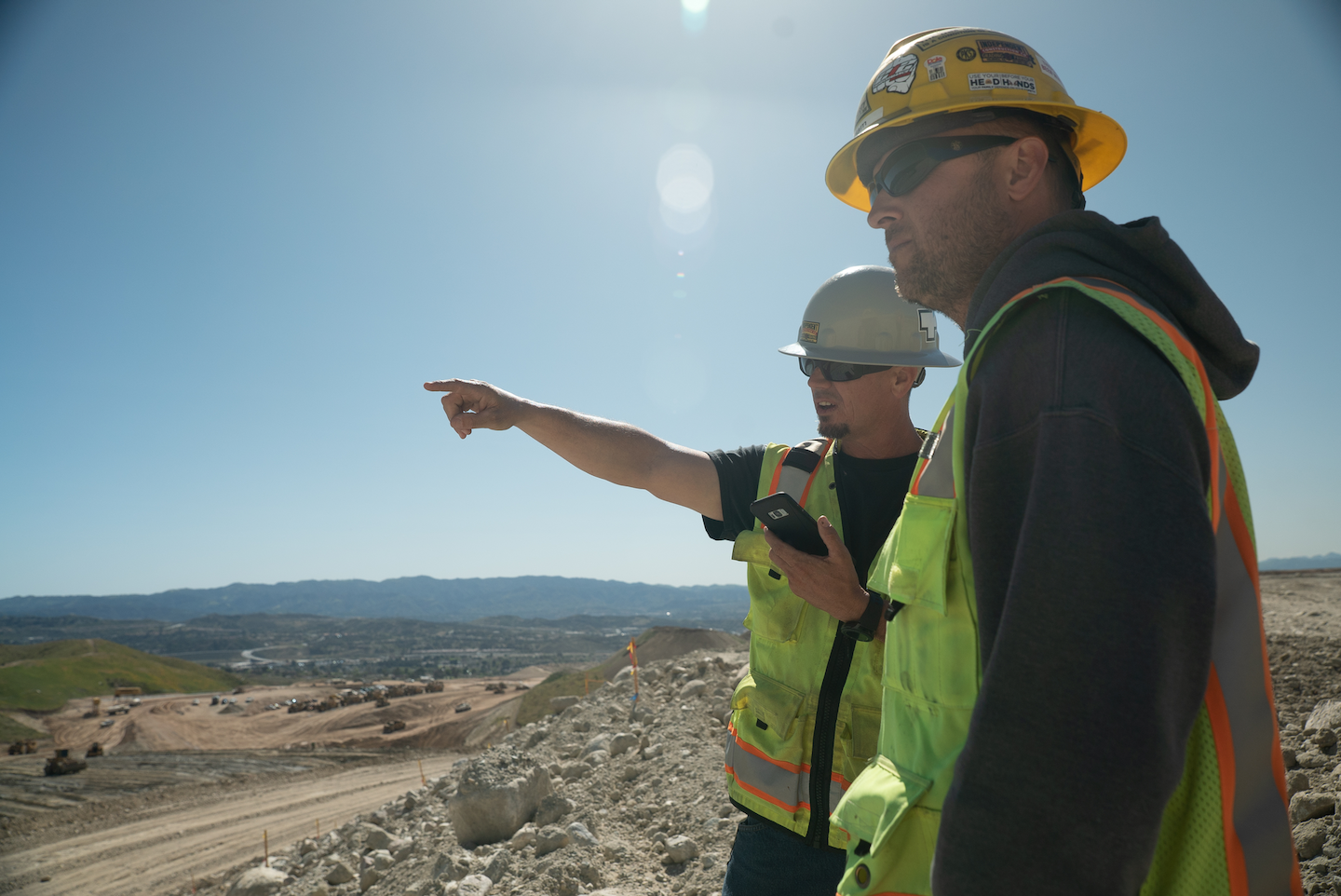 Independent Construction is able to measure site balances at a fraction of the cost of traditional surveys, as well as course correct when something goes wrong.TraceAirTraceAir provided the team with cut/fill maps of the project every week, which showed an accurate dirt balance of the site and enabled Independent to calculate an average for the bulk/shrink coefficient of excavated dirt. Using this information, the construction team was able to see early that, with the current final grade design, the project would end up long by 600,000 cu. yds. By identifying this issue early, the team was able to revise the design to avoid an extraordinary cost to the project.

Ultimately, Independent finished grading two months ahead of time with only 20,000 cu. yds. of long haul, or less than 0.1% of the total cut.

While contractor-owner disputes are not uncommon, Independent is able to use technology to help eliminate disagreements. The ability to show accurate quantities moved over specific time periods gives owners little to contest and results in faster payment. And in some cases, it even allows the contractor to recover costs that an owner may not have paid at all.

Ron Nooteboom, vice president of operations, recalls a billing dispute on a recent project. The team had sent a bill for the quantity of dirt moved but the owner disputed the amount. Without site intelligence software that provides a visual and volumetric record of the project progress, Independent would have a hard time proving its case. "With TraceAir, we resolved this issue in days instead of weeks and we recouped tens of thousands of dollars that otherwise would have been lost," says Nooteboom.

Because of the advanced site technology, the company was able to show the exact quantities of dirt moved per week and was paid promptly.

For Independent, using such technology to operate more efficiently has allowed it to reduce waste on projects, minimize disputes and make better, more informed decisions in the field. Ultimately, it has led to more successful project completions and allows them to stay on schedule.

“Schedule is money. An extra week is an extra week of cost. With TraceAir, we were always ahead of schedule,” states Mark Chaddock, project manager.

Information provided by TraceAir and edited by Becky Schultz.

Drones' role in the inspection and monitoring of infrastructure could ensure any additional investment dollars represent money well spent.
Becky Schultz
May 21, 2021

Entry-level, simplified version of Siteworks Software for users who do not require a full feature set and are interested in a lower-cost version to connect to GNSS only.
Trimble Navigation Ltd.
March 11, 2021