The Occupational Safety and Health Administration (OSHA) issued a proposed rule to extend the compliance date for the crane operator certification requirement by three years to November 10, 2017. The proposal would also extend to the same date the existing phase-in requirement that employers ensure that their operators are qualified to operate the equipment.

Comments may submitted electronically at http://www.regulations.gov, the Federal e-Rulemaking Portal or by facsimile or mail. See the Federal Register notice for submission details and additional information about this proposed rule. Comments must be submitted by March 12, 2014.

OSHA held three stakeholder meetings on operator certification/qualification issues in April 2013 and posted detailed notes of the meetings at http://www.osha.gov/cranes-derricks/stakeholders.html. A list of frequently asked questions are also posted on OSHA’s Cranes and Derricks in Construction web page to provide additional clarification and address some comments and concerns raised by stakeholders. 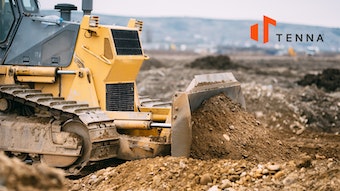 Manitowoc launches the Potain Build Better, a new site that combines a clean and modern user interface with a range of useful tools and resources to help customers and dealers find pertinent information.
Manitowoc Cranes
December 22, 2020
Follow Us