The global skid-steer market is projected to grow 3% in 2021 and maintain this pace through 2031, with the construction industry representing roughly half of market demand. 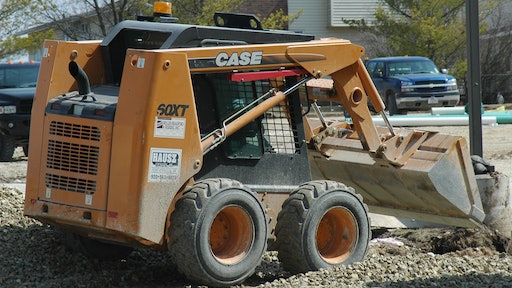 Skid-steer loaders have historically been one of the most prevalent pieces of equipment on construction jobsites due to their productivity, versatility and maneuverability, as well as lower operating costs compared to larger machines. Their compact size and ability to quickly swap out attachments and perform a variety of tasks further drive demand in construction – the largest market for these machines – mining, agriculture, forestry, landscaping and other industries. According to Fact.MR, the global skid-steer market was valued at approximately $2.7 billion USD in 2020.

As construction activity continues to pick up globally following the temporary shutdowns seen due to the COVID-19 pandemic, demand for skid steers  is expected to expand with it. A recent study by Fact.MR, Skid Steer Loader Market, Trend, Analysis & Competition Tracking - Forecast 2021 to 2031, cites rising urbanization in many global regions as necessitating the fast-tracking of infrastructure projects such as roads and highways, rail and ports, all of which tend to utilize skid steers on a large scale.

According to the study, demand for skid steers has been rising at a CAGR of 2.5% to 3% globally over the past five years. The latest market intelligence analysis forecasts the global skid-steer market to grow roughly 3% in 2021 and continue to maintain this pace through 2031, with the construction industry representing roughly half of market demand. The industry is projected to represent close to $1.4 billion USD in 2021, or 49% of the market share.

Vertical lift models, which offer a higher lift capacity and stability over their radial lift counterparts, will continue to be in especially high demand across market sectors, and are expected to maintain more than three-quarters of the market share over the next 10 years. The mid-range size class (2,000 to 3,000 lbs.) will also dominate during the period, capturing more than 40% of the total market.

While the U.S. has historically been the prominent user of skid steers, increasing construction activities across the Asia Pacific Excluding Japan (APEJ) region will result in the region accounting for the highest share over the next 10 years at close to 40%. Fact.MR expects APEJ will expand at the highest rate (+3.5%) globally, with China playing a large role due to rising government investments in construction projects.

Technological progress by construction equipment manufacturers is improving the capabilities and versatility of skid steers and promoting sustainable attributes such as reduced fuel consumption and carbon emission (e.g., battery-operated models), furthering global demand for these machines. Other notable developments in the market are integration of GPS systems, autonomous and self-driven loaders, wireless connectivity and increased operator comfort, Fact.MR reports.

This content is based on an analysis on the Skid Steer Loader Market by Fact.MR, a global market intelligence company.