Debunking Dirty Diesel: A Comparison Between Diesel and Battery in 2018

Alongside the growth of battery solutions and variable renewable energy (VRE) sources (i.e., wind and solar farms), clean diesel power - the lifeblood of American industry - is essential as we transition into a more sustainable and green future. 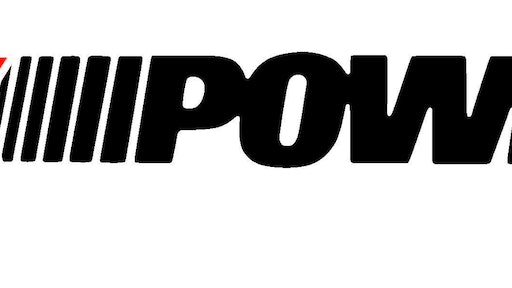 Clean energy is the wave of the future, and it has to be. Reducing harmful pollutants and maximizing the efficiency of our power sources have to be a priority moving forward.

When it comes to green energy, battery power is stealing the spotlight. It’s become a symbol of responsibility and environmental stewardship, while the perception of diesel remains firmly planted in the 1980s.

Diesel, many believe, is sooty, unreliable and a major pollutant. But in 2018, this perception of diesel just isn’t true. Diesel has come a long way, with newer technology producing nearly zero carbon emissions.

Alongside the growth of battery solutions and variable renewable energy (VRE) sources (i.e., wind and solar farms), clean diesel power - the lifeblood of American industry - is essential as we transition into a more sustainable and green future.

The evolution of clean diesel in response to heightening regulations

We are amidst the renaissance of clean diesel power — clean diesel engines produced today are vastly different from those produced just five years ago.

Advances in the engines themselves and the fuel they use and the technology treating exhaust have resulted in significant drops in the emission of harmful pollutants from diesel-powered equipment.

Here’s why diesel is a viable source of clean energy:

Whereas fuel injection used to happen mechanically, Tier 4 engines are largely computer-controlled. This means that a computer will continually monitor the real-time conditions of the engine, adjusting the fuel / air mixture in the combustion chamber to maximize performance and minimize the emission of harmful pollutants. In effect, this type of advanced combustion technology converts fuel to energy more efficiently —by as much as 5%— while aiding in compliance with the EPA’s stringent Tier 4 emissions regulations.

Tier 4 engines are required to run off of ultra-low sulfur diesel (ULSD), which contains only 15 parts per million (ppm) of sulfur. Prior to the early 90s, 3,000 ppm was the standard. The switch to ULSD has resulted in a drastic reduction in sulfur emissions without a perceptible difference in energy output. And ULSD is now readily available at fueling stations across the country.

Newer engine designs are fitted with advanced emission control systems to filter out any nitrogen oxide (NOx) and particulate matter (PM) before releasing exhaust to the environment.

In essence, Tier 4 diesel solutions are designed to optimize fuel efficiency while minimizing pollution. There are many proven lines of Tier 4 power solutions from Kubota, Kohler, John Deere, Volvo Penta, CK Power and others on the market today.

Battery vs. diesel: Why we need both as we move into a greener future

It’s the debate of the hour: Diesel or battery power? Here’s an honest answer: They’re two vastly different power sources, and there’s a time and place for each.

This is a separate discussion from the renewable energy debate, as the electricity powering a battery engine could very well be sourced from a coal plant instead of a wind farm. Rather, this is a discussion of the various benefits and drawbacks of battery energy and diesel energy — and which is the better choice for various applications.

The emergence of heavy-duty battery power is certainly an exciting time for the green energy movement. Think about Tesla’s record-breaking 100 megawatts (MW) battery powering South Australia, which runs off of wind energy. An impressive feat for battery power, which is why it’s making headlines across the globe. The problem is that battery power is expensive — about 60% more expensive than a traditional generator, according to Bloomberg. And even at 100 MW —the largest battery system today— it still falls short of South Australia’s energy needs. To make up the difference, they’re installing a 200 MW diesel generator for a fraction of the price.

Plus, the cleanliness and reliability of battery power are dependent on the cleanliness and reliability of the grid that’s charging it. The power source of the grid —whether coal or solar— will affect the overall footprint of a battery system. And the variability of wind and solar power (cloudy days produce less power than sunny ones) will affect a battery’s reliability. While cost-prohibitive for some applications today, it’s important to remember that battery technology is in its infancy. As it develops it could have a major impact on how our world will be powered in the future.

Diesel is the most efficient combustion engine fuel source, carrying 38 kilowatt hours of energy in every gallon —  27 times that of lithium ion batteries. Clean diesel technology is efficient, clean and affordable. Since the EPA tiered regulations began rolling out in the late 1990s, there’s been a 99% reduction in harmful pollutants, according to the Diesel Technology Forum. In some cases, the exhaust is cleaner than the ambient air going in. Plus, it’s proven — there’s heavy duty equipment in the field today that’s been there for two or three decades— making it more affordable than alternative power sources. It costs $86 in upgrades to remove one pound of potential NOx emissions, whereas it costs $165 in battery charging infrastructure to remove the same amount. And diesel can save money from reduced downtime, as you can immediately refuel your unit rather than waiting for it to recharge.  The fact of the matter is that diesel technology is just further along than battery technology at this point in time. Battery power can and will catch up, but diesel is necessary now and in the future for its proven reliability, mobility and efficiency.

We need both technologies: Increasing the diversity of our power sources is a priority moving forward. As battery technology improves, costs will drop and viability will increase. Even still, we’ll need clean diesel to cover the areas when variable renewable energy sources peak and valley.

How you purchase, handle and store API certified diesel exhaust fluid impacts its quality and its ability to keep equipment running smoothly
March 6, 2019
Follow Us