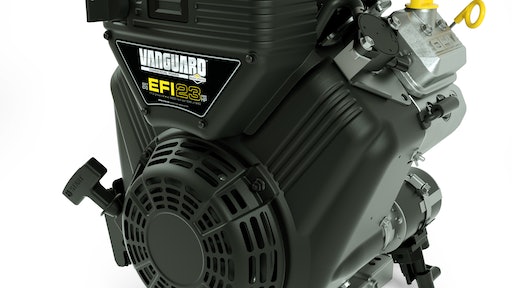 Vanguard expands its lineup of electronic fuel injection offerings to include a horizontal-shaft Small Block V-Twin engine. The Small Block engine features an open-loop EFI system with electronic governing engineered for the demands of the commercial construction and rental markets. With the addition of this engine, Vanguard EFI is now available on four engine platforms across nine horsepower ratings varying in output from 23 to 37 gross horsepower*.

The first in a complete line of all-new single-cylinder horizontal shaft commercial gasoline engines is built from the ground up based on customer input.
Briggs & Stratton Corporation
January 22, 2018

Before ethanol, oil options were limited and air filters needed changing frequently, but those days are fading as engines advance and with features to reduce maintenance
Tom Billigen
November 20, 2017
Follow Us