Is It a Trencher - or More?

The Zahn series represents a new concept in trenching versatility. 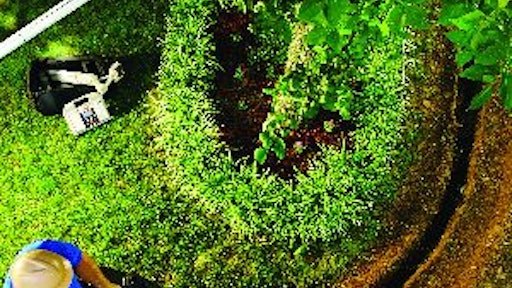 Perhaps the most intriguing new product displayed at this year's ICUEE Show is the Zahn series, introduced by the Ditch Witch organization. Consisting of the R150, R230 and R300, the line combines independent power units with a set of compatible front ends designed to provide dedicated performance. Tiffany Sewell-Howard, CEO, describes the units as "a radical new concept - a brand-new way of thinking about trenching equipment."

According to Kevin Smith, product manager, the line fits the company's long tradition of developing customer-centered products. "We developed the Zahn line to follow in the footsteps of our founder, Ed Malzahn… to carry on the tradition of meeting customer needs and providing solutions," he states.

With up to 30 hp, articulated steering and high ground speeds, the series certainly has the potential to get contractors rethinking how they approach trenching operations.

Built-in flexibility
Measuring just 36 in. wide, all three Zahn models are designed to get in, out and around the tightest jobsites. Their fully hydraulic, articulated steering provides added maneuverability, enabling the operator to easily trench a curve around obstacles in his or her path.

A large, elevated ride-on platform provides an unobstructed view of the work area, plus absorbs shock, minimizes fatigue and keeps the operator out of dirt, mud and debris. The control console features soft-touch, color-coded, ergonomic controls that are designed to be easy to grip and easy to learn, while providing smooth operation.

The two-wheel-drive R150 power unit is equipped with a 15-hp Honda gas engine that drives a trencher front-end. Because the weight is concentrated on the digging chain, it penetrates the ground more easily and enhances overall stability.

Productivity is further enhanced by ground speed that is optimized for trenching. The cruise control feature (standard on all models) locks in ground speed, enabling the operator to pay attention to the work that he's doing, notes Smith.

The R150 is available with an optional hydraulic auger that runs independent of the headshaft to reduce the amount of carryover. It can also be equipped with the Roto Witch for boring under sidewalks and other obstacles.

The 23-hp R250 and 30-hp R300 offer Kohler gas engines, and are available in two configurations. A two-wheel-drive version powers two types of front-end trenchers, while a four-wheel-drive InterChange version accepts up to seven types of front ends, including a trencher, plow, dumper, tiller, backhoe, stump grinder and a tool carrier capable of driving more than 40 quick-change attachments.

According to the company, ground speed is up to twice that of a pedestrian trencher, and faster than many mini skid steers. Selectable ground drive speed ranges enable the operator to choose the optimal speed and controllability for different applications. The traction-assist feature provides extra torque on demand, enabling the units to push more, pull more and traverse soft ground with minimal tire slippage.

Both models are available with optional dual wheels and 20-in. urethane-filled, flatproof tires for added productivity and stability on slopes.

The Zahn series will replace Ditch Witch's 1820 pedestrian trencher and 255SX vibratory plow. Despite the added capabilities vs. their predecessors, Smith asserts that the new units are comparably priced with traditional trenchers in their size class.

"The concept of the Zahn is about giving [customers] a versatile machine without giving up performance and functionality," he adds.