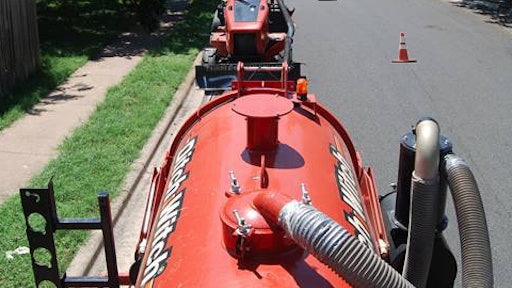 Some of today’s most innovative startups and companies are not located in Silicon Valley. Instead, areas like Austin, TX, have become a hub for the technology industry, and have dramatically amplified the need for high-speed, fiber-optic cable.

With an office in Austin, Corbel Communications Industries is located at the epicenter of this Texas fiber revolution. It has installed more than 2 million ft. of fiber-optic cable during the past eight years.

“In a tough geographical area like Austin, more traditional utility installation methods like horizontal directional drills (HDDs) are not a viable method. That’s why we’ve turned to microtrenching,” says Daniel Urban, vice president of outside plant at Corbel.

Microtrenching equipment allows Corbel to conquer a variety of challenging jobsite conditions. For example, one of its clients encountered difficult terrain as they were trying to install fiber using a traditional HDD in solid, hard rock. Corbel operators visited the site and decided microtrenching would be the best solution. Corbel easily installed the utility and got the job done on time.

“Five years ago, standard blades cost roughly $5 per foot. Our current… blades are about $1 per foot, a significant cost savings that helps us get jobs done on or under budget,” says Urban.

Corbel also uses Ditch Witch SK850 mini skid steers and a variety of the machine’s attachment options to help on microtrenching jobs. The SK850 helps Corbel control spoils on each jobsite once the FX65 vacuum excavator is full, allowing them to keep working, reducing project downtime.

“I have worked with Ditch Witch equipment for several years both here at Corbel and in other capacities, and it has taken our work to the next level,” says Urban.