Amid recession and plummeting revenues, monetizing state-owned toll roads can fund needed transportation projects or pay off debt and other liabilities. 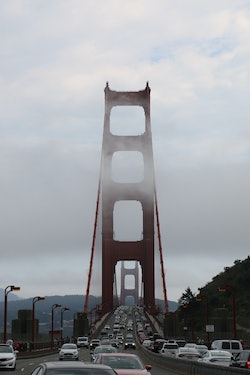 Photo by Joshua Sukoff on Unsplash

As state governments grapple with the coronavirus pandemic, recession and potentially long-term revenue and budget problems, a new study shows how leasing their major toll road systems would allow states to fund many other transportation projects, pay down state debt or reduce unfunded public pension liabilities.

The new Reason Foundation study details how states could monetize the value of their existing toll road systems through long-term public-private partnerships. Based on the earnings before interest, taxes, depreciation and amortization (EBITDA) and the debt data from nine major state-owned toll roads, the report provides three estimates (high, medium and low potential proceeds) that each state government could expect to receive if it entered into a 50-year lease for its toll road system.

“States need to examine if they are maximizing the value of their existing toll roads. Based on the valuations of overseas toll roads in recent transactions, we found these states would have significant net proceeds after paying off outstanding tax-exempt toll road bonds as required by U.S. tax law,” said Robert Poole, author of the study and director of transportation at Reason Foundation. “Despite the pandemic and recession, car usage is nearly back to normal levels in many areas of the country and there continues to be great interest in long-term investing in U.S. toll roads. With today’s low interest rates, these types of acquisitions are still attractive to global toll road companies, infrastructure investment funds and pension funds.”

With states facing a variety of financial challenges, each government would need to choose whether it is best to enter a long-term lease that guarantees annual payments or to take a lump-sum payment upfront. Likewise, the best way to spend the proceeds would depend on each individual state’s infrastructure needs and financial circumstances.

"Many taxpayers and lawmakers will think the best way to invest a windfall from leasing the state’s toll roads would be to reinvest that money in needed infrastructure projects the state doesn’t currently have the money for,” Poole said. “Others will recommend strengthening the state’s balance sheet by paying down existing debt, including pension debt.”

Since public pension debt is a major problem in all nine of the states examined, the Reason Foundation study highlights the percentage of each state’s 2018 unfunded pension liabilities that could be paid off if the medium-range net proceeds were applied from a toll road lease to the debt.

Reason FoundationIllinois could generate the largest net toll road lease proceeds but its unfunded pension liability is so large that the lease proceeds would cover just 14 percent of its pension debt. Florida and Oklahoma could pay down around half of their unfunded liabilities.

There are five examples of long-term public-private partnership (P3) toll road leases in the United States right now, including the Chicago Skyway and Indiana Toll Road. Many toll roads in Australia, France, Italy, Portugal, and Spain are operated under long-term public-private partnership leases. The report examines how these countries have utilized P3s, surveys the companies and investment funds that are most active in this sector, and reviews how lease revenues can be put to use.