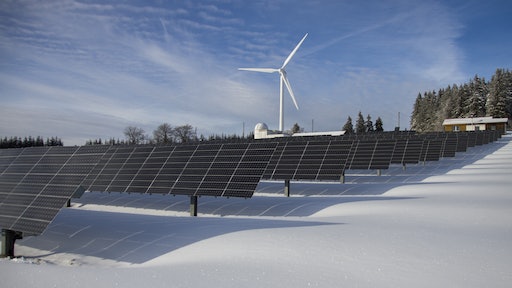 As part of a multi-day 2021 State of the State address, Governor Andrew Cuomo of New York announced a $26 billion public-private partnership (P3) initiative that will include wind and solar projects throughout the state. The plan, which is intended to lower emissions and provide jobs to New Yorkers, represents the “path forward in stimulating the economy post-pandemic.”

According to a report by RochesterFirst.com, the green energy initiative will encompass solar and wind facilities in less populated areas of the state, including building transmission capacity. Governor Cuomo announced the opening of a competitive bidding process to construct a green transmission grid, with plans to launch a competition for three separate projects designed to create an “energy super highway” that will ultimately lead to a new state-of-the-art battery facility.

The green energy facilities created will be capable of producing 12,400 megawatts of power while resulting in 50,000 jobs and $29 billion in private investment, RochesterFirst.com reports, with much of the impact felt in Upstate New York.

Other activities around the state include 68 wind and solar energy projects already under construction, 24 new projects announced Wednesday and two off-shore wind turbine farms. In addition, a wind tower manufacturing site in Albany will create 500 construction jobs and 300 full-time positions.

The green energy initiative is part of an overall infrastructure investment program that Governor Cuomo asserts is the “largest state infrastructure program in the nation.”

More than 1,000 primarily union jobs will be lost following the cancellation of the controversial pipeline project.
Becky Schultz
January 21, 2021
Follow Us