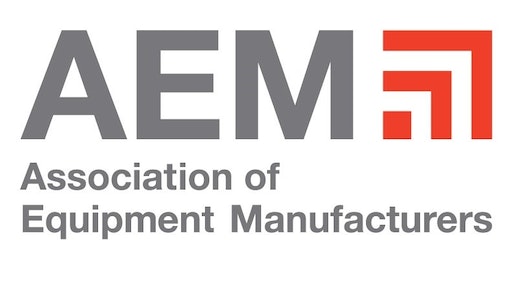 “All things considered, we’re confident we’re coming back out of it,” says Matt McGowan, vice president of sales and marketing, Cowin Equipment Company.

The way  sees it, there’s really no overstating the impact the COVID-19 pandemic has on Cowin Equipment Company over the course of the past few months. No aspect of the organization went unaffected, forcing the Volvo CE dealer and Birmingham, AL-based company, which specializes in the distribution of heavy equipment for a variety of industries, to respond quickly and decisively.

But now, as summer gets under way and the U.S. continues to open up, McGowan can’t help but feel optimistic about what the future holds for equipment dealers, equipment manufacturers and the customers they serve.

“We definitely went through a slowdown period, but now we’re headed in the right direction,” he says. “It’s almost, at least activity-level-wise, back to where it once was. I’m not saying we’re quite there yet, but things have really picked up.”

The consensus opinion regarding the effects of COVID-19-related lockdowns on Cowin’s operations: It could have been worse. According to McGowan, the company enjoyed a very strong January and February. Then, despite a significant drop-off in March, the company was still able to post a record-setting first quarter.

“There were pockets throughout the areas we cover that never slowed down,” he says. “No DOT (Department of Transportation) jobs were ever shut down by government mandate. So, we were really fortunate there, and that allowed us to pull out a pretty decent April.”

The most significant impact occurred when some OEMs that Cowin represents began shutting down in the wake of the pandemic’s emergence in the U.S. causing some temporary delays in parts shipments. And even when parts did arrive, company employees needed to take the necessary steps to disinfect items which took additional time.

“The last thing we wanted was technicians or customers maybe touching contaminated products,” says Stephen Searcy, Cowin’s vice president of product support. “So, we would disinfect on top of what the manufacturers were doing. It’s improved dramatically now, and people were understanding about it at the time. But it was still a big challenge for us, because our customers were still working.”

Anything but Business as Usual

At no point has a Cowin store closed during the pandemic. With that being the case, says Searcy, there were times when it felt like the best course of action was to balance a “business as usual” approach to day-to-day operations while trying to react accordingly to what was happening across the country and around the world.

“Information was changing 24 hours a day,” he says. “I think back to our first memo, and it was dated the 28th of February. It basically said, ‘Here’s what’s going on and what we’re seeing developing. We’re not sure how this is going to affect us. But immediately we need to put these safeguards in place.’”

Whether it’s been encouraging the increased use of hand sanitizers and PPE, disinfecting shipments of parts, or rethinking how interactions occur with customers, Cowin leaders and their employees have quickly adopted measures to ensure everyone’s safety and well-being is the foremost priority. In addition, internal team communications have been sent several times per week in an effort to keep employees aware of developing news and how it impacts impact operations.

“It’s about how things affect employees personally, but also how it affects the company as a whole – and how we want everyone to do their jobs,” says Searcy. “Even now, we have reminders going out saying, ‘We want to stay on top of this.’ Because we want to maintain what we started months ago. We continue to reinforce things with our team, make them a part of what’s going on, and not leave them in the dark.”

Reinforcing new behaviors is a critically important task for Cowin leaders in these uncertain times. For example, there was initial worry on the part of some company salespeople regarding customer touchpoints. However, by promoting regular phone contact encouraging “tailgate lunches” – where takeout food is ordered and social distancing occurs – those concerns have largely been allayed for now.

“Customers have been great,” says McGowan. “They work with us, understand us, and recognize things are different than they were before.”

While it’s difficult to project what exactly the future holds for Cowin, its customers and its employees, guarded optimism appears to be the sentiment that rules the day for both the company’s parts business and its service business.

As a result, he continued, company officials are trying to determine how quickly OEMs that had 2 to 6-week shutdowns can get up, running and – most importantly – back on track.

“I think it all depends on how fast they can get components from third-party vendors,” he says. “In reality though, we’re anticipating some new machine orders placed after the pandemic could be coming toward the end of the year.”

On the product support side, customers are anxious and want to work. However, some construction jobs that were anticipated just a few short months ago may be delayed indefinitely.

“People are a little bit tighter with their funds than what they were a couple of months ago, so it might take a few months, or even a year, for them to get back to the business level that they had before,” says Searcy.

“That being said, we’re seeing some signs that are positive. I just hope that continues to grow in the weeks and months to come,” he added.