Understanding Engines in the Age of Tier 4 Paving Machines 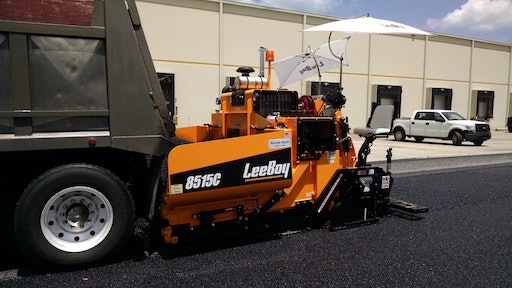 The Tier IV installation provides a challenge to the commercial paver operator due to the added components.

The future of diesel engines is here, and it comes with a whole new language. We are being bombarded with new acronyms; DPF, DEF, SCR, NOX and its all regulated by the EPA, going into effect ASAP. Do we regen or not? And, if so, is it parked or passive?

Not to worry, it’s all good. The EPA has made sure that equipment manufacturers are well informed and have all the tools necessary to ensure a clean environment for generations to come. But where does that leave the contractor, who has to learn a whole new way of operating equipment? It’s all quite confusing but really simple once the operator understands what’s happening under the hood.

In smaller machines (less than 100 Hp), most of the machines on the market are Tier IV Interim, that is an in between stage between Tier 3 and Tier IV Final. What you will find is that many of the machines utilize a Diesel Particulate Filter that traps particulate matter so it doesn’t reach the atmosphere. This results in a nice, clean exhaust, but leaves us with one problem – where do the particulates go when they build up in the filter? That’s where the regeneration process comes in. During regeneration, an extra amount of diesel fuel is injected into the system causing a hot exhaust burn. This hot exhaust burns the particulates into an ash, which is much less dense than the particulate. Most engine manufacturers estimate 3000 hours before the DPF will fill with ash. At this time, you will swap the old filter for new. The key to reducing downtime is simple – keep your idle time to a minimum. Idling produces a cooler exhaust which results in a buildup of particulate matter. If you keep your engine as close to full RPM as possible, the engine will burn off most of the particulates and you won’t find yourself in a situation where you are forced to do a parked regeneration or worse yet, require that an engine technician visit your unit.

Easy, right? It really is. The key is watching your Tier IV engine control panel. It will tell you what to do. Unfortunately, that’s not where it ends.

Remember when you ran your old diesel engine out of fuel? Break the injector, bleed the air out of the system and start ‘er up. Not so fast with your new engine. These common rail fuel systems are computer controlled and deliver around 20,000 psi pressures. Crack an injector line and you could lose a finger or your eyesight.

Thinking of pulling into your local fix-it joint for an oil change on your Tier IV engine? Think again. Because of the recirculation of exhaust gases back into combustion, Tier IV engines must use a CJ-4 oil that can handle higher soot levels while still maintaining extended drain intervals.

Thinking of bypassing the Tier IV system? (Kind of like the catalytic converter systems of the ‘70’s) Careful. The computer control system will monitor the system and shut the machine down to a crawl if the system is bypassed. Nothing worse than being backed up with 10 truckloads of asphalt and a paver that will only idle.

How about your fuel? I’m sure you have noticed the low sulfur diesel fuel at the pumps. The new Tier IV engines must burn this new fuel as the higher content will not pass through the fuel system of this engine.

We have entered into a new understanding of engine operation and maintenance. Our technicians (whether at the dealer or the end user) must be in tuned with not only the maintenance intervals of the machine, but with the entire system. The operator must also relearn the way he operates the engine. No idling while waiting on trucks, regularly monitoring the DPF levels and making sure his operations will not be affected by an unplanned delay in production. The best news is the testing that goes into the installation. In this process, engineers from the engine manufacturer and the machine manufacturer go through a painstaking procedure to ensure that the engine performs flawlessly.

It’s a brave new world, but it’s all for a better tomorrow. It’s been said that the new EPA restrictions mean that 25 Tier IV machines put out the same amount of emissions as 1 machine without restrictions. Also, in some metropolitan areas, the exhaust coming out of the machine is actually cleaner than the air going in. Have we seen the end of the EPA restrictions? Not by a long shot.