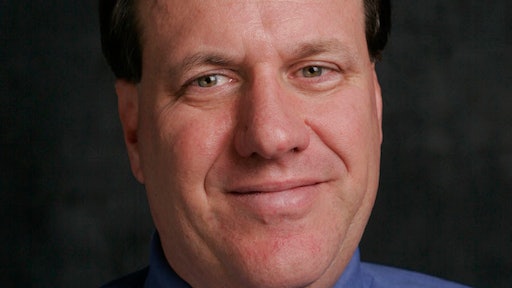 Guy Gruenberg, the 2018 inductee into Pavement’s Hall of Fame, receives this recognition for his varied efforts helping paving and pavement maintenance contractors throughout the country organize, develop and generally improve their businesses though his varied consulting efforts.

“I grow companies,” Gruenberg says. “And whether I’m consulting with them or teaching at National Pavement Expo, I encourage them to try to do the right thing, whatever it is. That’s my consulting mantra.”

He has conducted sessions at National Pavement Expo West (11 years) and National Pavement Expo (annually since 2003) on a broad range of sales, marketing, management and organizational topics; he provides one-on-one coaching through Grow Consulting, his personal consulting firm; and as a proponent of what he terms “integrated consulting” he has helped dozens of contractors by embedding himself in their management structure to better analyze and monitor the implementation of his consulting suggestions.

Gruenberg brings to his consulting efforts the unique combined perspectives of contractor, manufacturer and distributor (with RAE Products), and industry analyst. While he considers himself a “sales and marketing guy,” his diverse background enables him to consult and instruct on virtually any aspect of a business including:

“I’m great with analytics,” he says. “I can walk into a company and look at their financials and pick out things that are out of whack based on percentages. Then we can take a look at why that is happening and develop a plan to fix it.”

Gruenberg’s start in the industry led from sales to manufacturing and then distribution. His efforts on behalf of his contractor customers gave him an opportunity to see the business from the contractor side, which started him first on the teaching path at National Pavement Expo and eventually onto consulting.

Gruenberg got his start in the industry in 1977 selling traffic paint out of a garage in Chicago. “At the time paint was for streets and highways but because most contractors were using air machines it didn’t work for parking lots,” he says. So Gruenberg helped formulate G2402, a high-viscosity paint that covered better when sprayed from an air striper.

“Basically we took something that met state and county specs and made it so it could work on parking lots,” he says. “We got more linear feet per gallon because it was sprayed and it covered better.”

That development led to the formation in 1999 of RAE Products Asphalt, which had four Chicago locations in addition to locations in St. Louis, MO, and Cincinnati, OH. In addition to paint, the locations sold pavement sealer through a joint venture partnership with Bitumen Materials.

“In 1981 we invented the pickup location for contractors where they could get brooms, chalk, just about anything they would need on a job,” he says. “That’s an idea that has blossomed in the industry and that SealMaster in particular has really done a great job with.”

In 1999 RAE sold its sealer division to The Brewer Co. and Gruenberg pursued speaking and consulting engagements, including some particularly high-level positions at Rose Paving, Bridgeview, IL, and All County Paving, Delray Beach, FL, leading to his forming Grow Consulting in 2007.

Gruenberg credits his work helping to grow RAE Products and selling sealer to contractors with teaching him much of what he is now working to pass along to contractors.

“When you’re a sealer distributor you can’t run out of sealer. It’s as simple as that,” he says. “When a contractor shows up at 6:00 a.m. to pick up sealer you’d better have some sealer for him. Becoming operationally excellent makes that happen.”

Gruenberg says that in RAE’s early days they often rented space to small customers and he and RAE helped many of those contractors grow. “We got really good at job costing and about teaching job costing because we wanted to help those contractors win jobs,” he says. “We wanted them to grow and win more jobs because then they’d be able to buy more sealer or paint from us.”

And that forms the basis of much of the knowledge he passes along to contractors.

A firm believer in helping teach contractors through seminars and workshops, Gruenberg believes in deep or “integrated” consulting with clients, helping more than 50 since starting Grow Consulting in 2007. “The model today is meeting on site with a company 2-4 times a year and talking with them monthly, often using Facetime, Skype and Go To Meeting. So instead of being there all the time I can be in touch with them much more easily and much more regularly.”

As anyone who’s attended a Gruenberg session at NPE knows, he is an early adopter of technology, and Gruenberg encourages contractors to take advantage of emerging technologies as soon as they are appropriate for their operation. “Technology can be the shortest route to becoming operationally excellent,” he says.

He does not pursue short-term engagements as a consultant because he thinks he can make a bigger impact when working for a client for the long-term. “I look for companies where I know I can make a difference and where I can stay for a while as long as they need me.”

So he limits the number of clients he takes so he can become more involved in each company. “There’s a big difference between consulting for a company where you offer advice they can take or leave and a situation where an owner is willing to give up some control and hires me to execute for him. It’s amazing what you can do when you get some control,” he says. “Putting systems and processes in place is huge and that’s something that is much easier to do when you’re more closely involved.”

Gruenberg says he thinks two terms are overused by contractors in their planning and growth efforts. “’Thinking out of the box’ and ‘next level’ are terms that I think really misrepresent was is happening within a company – pretty much any company,” he says.

“I don’t think of it as the next level and I don’t think contractors need to think outside the box to grow. I think of it as different stages that companies go through. The first stage is entrepreneurial, the second is survival, then stability, then continued growth, then the owner becomes less active in the business and needs to hire better managers, then mergers and acquisitions,” he says.

“All companies follow along that path and what I tell contractors is they need to understand which stage they’re in, what the next stage will look like and what’s involved in getting to that next stage.”

Gruenberg says he can be a tough consultant as he holds owners accountable and tells people what they need to hear. “Not everyone appreciates that,” he says. “If a client doesn’t take at least 50% of my suggestions then we’re not a good fit because you don’t always want to be in conflict with your client.”

Gruenberg says he tries to help change how owners think about their business. “Because once you reach a certain point you need to think of the business differently,” he says. “I think and analyze things differently. I’m not always right but I’ll give you a different perspective if you need it.”

Gruenberg says that in addition to guiding contractors on what they should be doing, he makes it a point to help them avoid things they shouldn’t be doing. “I try to help contractors not to do things that will hurt them. I can tell them ‘You probably ought not to do that and here’s why. But if you go ahead and do it you can expect this kind of result.’ Sometimes that’s as important as helping people get something done.”

Reflecting on the Industry

“The market really has progressed from a bunch of owner-operators working all day and going to the bars at night to guys who are running real businesses,” he says. “Some of that’s a result of what Pavement does and what National Pavement Expo has done over the years, some of it is what people have brought to this industry from other industries, and some is from consulting influences.”

“There are some really good people in this business and that’s one of the reasons I like it,” Gruenberg says. “I’ve rubbed shoulders with politicians and major sports figures but I can tell you that when you’re sitting in the back of the shop on a bucket of tack these are really down-to-earth people and I enjoy that.

“They need the information I can give them and I can deliver that information in a way that’s understandable and valuable and then they can put it to use,” Gruenberg says.