Handling Rust in Asphalt Prior to Sealcoating

Why rust forms in asphalt pavement and how to treat it 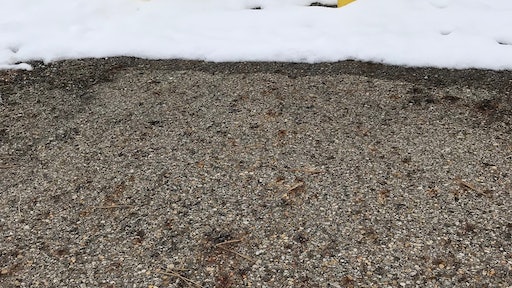 It may sound awkward but yes, asphalt pavements also rust -- or more correctly they develop rust spotting and steaking. It is more common that you may want to acknowledge and is seldom addressed in sealcoating bids because most sealcoating professionals, and for that matter property owners, believe that such spots can be effectively remedied by sealcoatings.

That is a totally false assumption.

Sealcoatings may cover and hide rust spots for a few weeks but they do come through eventually. The rust spots start coming through as shiny, silvery spots which turn brown with ageing. If left untreated they will eventually cover the sealed surface with unsightly brown streaks and exploded rust aggregates.

What Causes Rust Spotting and Streaking?

Rust is formed when iron combines with oxygen (oxidizing process) and changes into Iron Oxide which is commonly brick red in color. It is a common phenomenon happening all around us.  But how does iron get into asphalt? It happens when hot asphalt is mixed with aggregates for paving mix designs, called HMA (Hot Mix Asphalt). The aggregates used in HMAs may contain a certain amount of an iron ore called “pyrite,” which is essentially Iron Disufide (FeS2). Most state DOTs allow a certain percentage of pyrite-bearing aggregate in the asphalt mix design, which is where the rusting originates.As soon as the pavement is laid, the asphalt in the HMA starts degrading under the effect of sun’s ultraviolet rays, thus exposing the aggregate to the elements of weather. The ageing process of asphalt may take months, so depending upon the geography and climatic conditions, it could be some time for the aggregates to be exposed to the elements of weather.

Although the documented physico-chemical aspects of pyrite’s oxidation and its conversion into various compounds are complex and beyond the scope of this article, it will suffice to say that once the aggregate is sufficiently exposed, pyrites in the aggregate start reacting and producing iron compounds (Iron Sulfate, Iron Hydroxide and Iron Oxides) through complex chemical and biochemical processes. The brown spots and then brown streaks on the pavement are caused by the resulting iron oxide. This progression of the oxidizing process is manifested as expansion in size, exploding and finally popping thorough the surface, thus creating minor craters in the pavement. The rusted aggregate become powdery and weak. Test it with a pen knife and you will see how easily the aggregate can be removed.If such pavements are sealcoated without a proper surface treatment, rust spots come back in a relatively short time as brown spots and streaks on the sealcoated surface. No matter how many times you sealcoat, rust will come through.

So, what’s the big deal? It’s a big deal because if the rust problem is not treated properly then then the very purpose of sealcoating will be defeated at two major fronts, i.e. the beautification as well as the protection of the pavement. Not only are such spots unsightly but the popped out (rusted) aggregate creates pathways for water to seep in and damage base courses.

Rust spots must be treated with rust-inhibiting primers and coatings, prior to sealcoating.  Such products either block the permeation of moisture or tie up oxygen thus effectively retarding the oxidation of pyrites containing aggregates.These specialty products, formulated with polymers and with specialty chemicals, have been found to be quite effective.  They are commonly supplied as a water-dilatable or -miscible compositions, with a coverage rate of nominal 150 square feet per gallon. Specialty clear coatings have been found quite effective for concrete surfaces.

Please note that it is a preventive measure and not a one-time cure. You may have to repeat the process of priming for the first couple of rounds of sealcoating the property. With the proper understanding of the rust spotting problem, you will be in a much better position to recommend the remedial steps to the property owner.

It is imperative that all pavement defects including rust spots and streaks on asphalt and concrete pavements be remedied prior to sealcoating, using specialty coatings and primers. If ignored, rust spots will certainly come through the sealcoating and continue to negate the benefits that are supposed to be achieved thorough sealcoatings.

Girish C. Dubey is president of STAR Inc., Columbus, OH, which has affiliate sealer producing operations throughout the United States.