Despite a decline in striping-only sales, Striping 50 Top Contractors continue to grow and margins continue to improve. 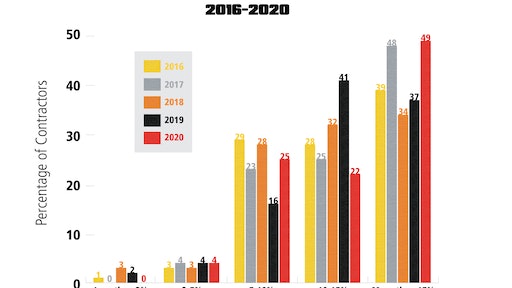 Total Sales for the Striping 50

This year striping-only sales represented 13% of total sales for the Striping 50, down from 20% last year, from 15% in 2017. Other revenue was generated as follows:

Profit margins for the Striping 50 continue to shift toward the high end, and just like last year (and just like other segment this year) the biggest changes were seen in the middle margin range.