Study: Investment in Pedestrian Infrastructure Could Contribute $138.5 Billion Annually to the Economy

Rails-to-Trails Conservancy's newest study finds that investments in trails, walking and biking infrastructure could generate $138.5 billion annually for the U.S. economy and that means more work for paving and pavement maintenance contractors. 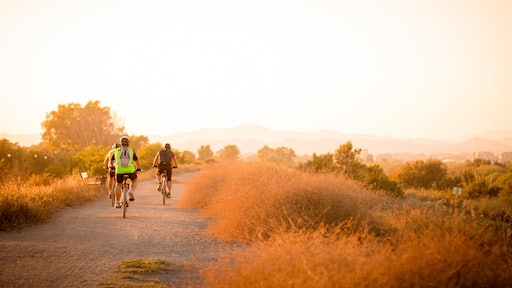 Rails-to-Trails Conservancy (RTC) released findings from "Active Transportation Transforms America," a comprehensive analysis of the quantifiable impact of trails, walking and biking on the places we live.

"The findings of Active Transportation Transforms America are motivating," said Kevin Mills, RTC's vice president of policy. "RTC first analyzed the potential economic benefits of trails, walking and biking more than 10 years ago, and while those numbers were promising, we didn't have the data or the methodology to truly understand the economics of trails at a national scale. Now we can prove what we've always known. Connecting trails and walking and biking infrastructure can change our communities—urban, suburban and rural—for the better. And as the connectivity of trail networks improves, so does the health of people and places."

Chassis pricing has increased nearly 20% over the last year, leaving the industry scrambling for the foreseeable future.
Ranger Kidwell-Ross
May 24, 2021
Pavement Maintenance