Infrared repair contractor Steve Kelley started 1-866-Potholes during the 2008 recession and saw his business take off within months. 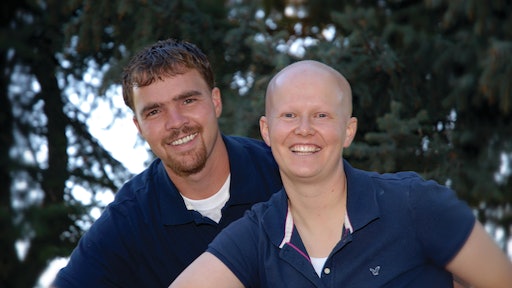 "I have the ability to walk into any parking lot and feel confident that I can repair it without much trouble." - Steve Kelley

Starting a business in a recession. Some say it's a great idea and others say it's not so great. For Steve Kelley and his wife Jennifer, it turned into a surprisingly successful decision.

Steve Kelley, who was previously a partner in another asphalt maintenance company, attended many National Pavement Expo West shows before deciding to enter the infrared repair market. In late 2008, Kelley and his wife started 1-866-Potholes, LLC, in Ogden, Utah. Although they own the business together, Jennifer is the majority owner, allowing 1-866-Potholes to register as a woman-owned business.

1-866-Potholes services the entire state of Utah with a strictly commercial parking lot customer base. Although the company offers other pavement maintenance services, Kelley says 80% to 85% of the company's work is infrared.

Kelley purchased his KM International tow-behind trailer infrared unit in January 2009 after speaking with a KM representative at the NPE West 2008 show. Kelley's plan was to start small and gradually grow. But by March 2009 he had six weeks of work booked. And by May the company was booked two months out, had already surpassed its goal of $100,000 revenue for the year, and was on track to more than double that by the end of the year, Kelley says.

From the start Kelley put an emphasis on marketing and demoing his infrared repair. Often with infrared repair, customers won't understand it until they see it, Kelley says. "The more I showed it the more they (customers) told people about it, and more people wanted to see it," Kelley says. "And everybody I showed wanted me to do their parking lot. It just took off like a shot."

In the beginning of the year, Kelley drove around with his infrared unit, stopped wherever he found a pothole, and demonstrated to the property manager how infrared could repair it. He soon created a website with a video demonstration of his infrared services. Kelley has since stopped driving around searching for potholes and switched his marketing efforts to contacting possible customers over the phone and then offering a demo.

Having the infrared unit has allowed 1-866-Potholes the ability to offer a unique service to customers who may not realize they need it. Plus, it allows Kelley to take on messier jobs where traditional pothole repair methods would be too overwhelming, he adds.

"Infrared has enabled me to tackle any job I want. I have the ability to walk into any parking lot and feel confident that I can repair it without much trouble," Kelley says.

1-866-Potholes, which currently has four employees including Kelley and his wife, is already looking ahead. He plans to purchase a second infrared unit this year, hire another four to five employees, and roll out a new marketing campaign. Kelley also plans to market toward municipalities in addition to commercial customers. And the company may even pursue the demand for work in surrounding states.