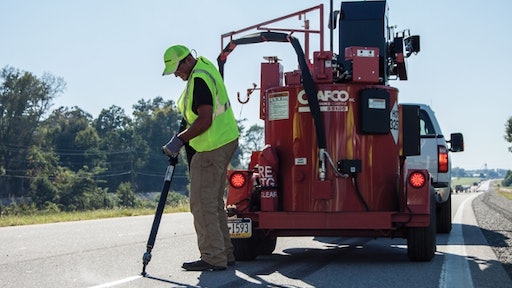 Generally, preservation treatments and pavement overlays are used to restore surface course characteristics such as smoothness, friction and aesthetics, or to add structural support to an existing pavement.

However, any preservation treatment needs to be placed on a structurally sound base. If an existing pavement is cracked or provides inadequate structural support, these defects will often reflect through even the best-constructed overlay and cause premature pavement failure in the form of cracks and deformations. To maximize the useful life of a pavement, failed sections of the existing pavements should be patched or replaced and existing pavement cracks should be filled.

Cracks are going to happen in asphalt pavement, and when they do it's your job to stop them from deteriorating the surface and creating potholes. Before proceeding with any type of surface treatment, consider these points about crack sealing as a preservation pretreatment.

What is it: Crack sealing is the placement of specialized treatment materials (crack sealant) above or into cracks to prevent the intrusion of water and incompressible materials.

Why crack sealing is needed:  Cracking is a common and unavoidable type of damage found in asphalt pavement. The Asphalt Institute indicates that crack sealing is the single most important pavement maintenance activity. Sealing cracks promptly helps to prevent water penetration which can accelerate the deterioration of the pavement and result in potholes and base failures.

Where to do it: Crack sealing maintains a tightly sealed crack only as long as the pavement remains stationary and the pavement is structurally sound. In climates with extreme temperatures, where expansion and contraction of the pavement occurs often, resealing may be necessary every year. Sealing and filling should be done only on dry surfaces and when the temperature is above 40 F°. (Cooler temperatures cause the pavement to contract, opening the crack and making it easier to fill properly.) Traffic can be allowed on sealed cracks immediately if a detackifying agent is used, otherwise traffic should not be allowed on the sealed cracks until sealant has cured.

Why/when you should not crack seal: According to the Asphalt Institute, sealing and filling cracks should not be done on a pavement that has significant structural problems as crack sealing or filling does not provide any structural improvement to the pavement. If the pavement has base failures, severe rutting or fatigue (alligator) cracking, crack sealing/filling is not an appropriate preservation option.

Recently, the National Center for Asphalt Technology (NCAT) in Auburn, AL completed a study regarding the effects crack sealing has on the success of a preservation treatment. The comprehensive three-year study from 2012-2015 evaluated 25 different treatments. There were a variety of results, but in regards to crack sealing as a pre-treatment, the study found that:

The study used 25 different sections along with a control section to study each different treatment. The control in this study is defined as normal cracking as if NO treatment was applied. NCAT compared the results of the preservation treatments vs. the control.

Section L6 received only a chip seal treatment. Compared to the control, the pavement had 100% less cracking at year one, but at year two, the treatment had 25% more cracking than the control group without any treatment. 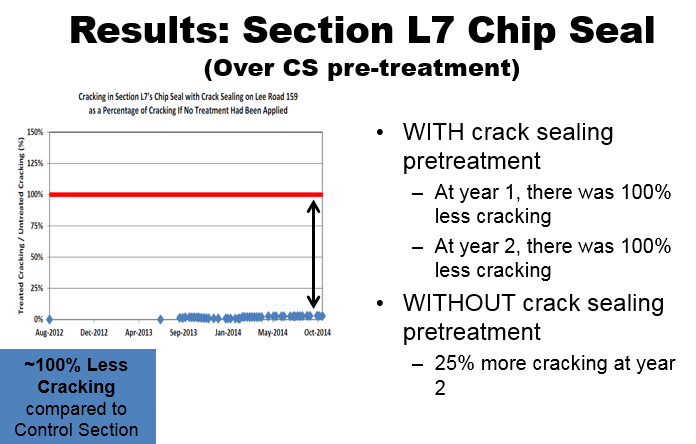 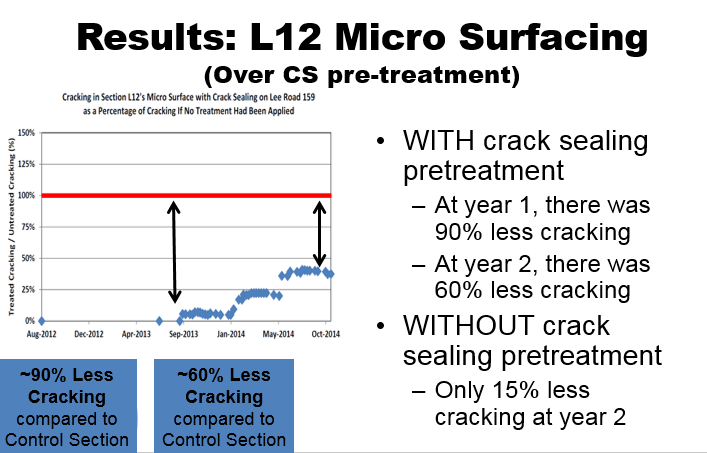 NCAT and other municipalities are continuing to study crack sealing as an inexpensive way to extend the life of the pavement. Crack sealing has demonstrated to be the lowest cost preservation treatment with the highest benefit to cost ratio and is one of the the best investments to protect pavement.

How to Select Crack Routing Equipment

Selecting the right router can increase productivity and save you time and money
Jessica Lombardo
June 5, 2017

How to determine when crack routing is appropriate and then complete the best rout possible
Jessica Lombardo
June 5, 2017

TruFlex is a highly rubberized crack sealant designed for sealing cracks in asphalt or concrete pavements. TruFlex can also be mixed with sand for filling larger cracks and alligatored areas.
SealMaster
April 24, 2017

Crack Sealing as a Sustainable Solution

Crack Sealing as a First Step in a Preservation System

Before proceeding with a preservation treatment such as a chip seal or asphalt overlay, make sure cracks are properly prepared
Jessica Lombardo
April 4, 2017

How to Properly Prepare Cracks for Repair