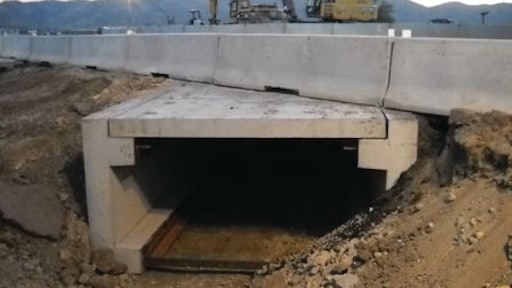 ARTBA recognized the Denver Regional Transportation District for its role in the $2.1 billion FasTracks Eagle P3, the largest transit project in the nation to utilize a full Design-Build-Finance-Operate-Maintain procurement. This I-70 tunnel is part of the project, which will add 122 miles of rail and bus rapid transit to Denver’s existing system.

ARTBA’s P3 Awards program spotlights the projects and people bringing together private and public resources to help meet the nation’s critical transportation infrastructure needs.  Applicants were judged by members of ARTBA’s P3 Division in these categories for the P3 Entrepreneur of the Year Award and the P3 Project of the Year Award.

The “P3 Entrepreneur of the Year Award” is given to one public sector official and one private sector person for their involvement in promoting the use of P3s:

The “P3 Project of the Year Award” recognizes innovative projects that serve as an example of successful cooperation between the public and private sectors.  The judging resulted in a tie vote:

Established in 1902, ARTBA represents the U.S. transportation construction industry in the Nation’s Capital.