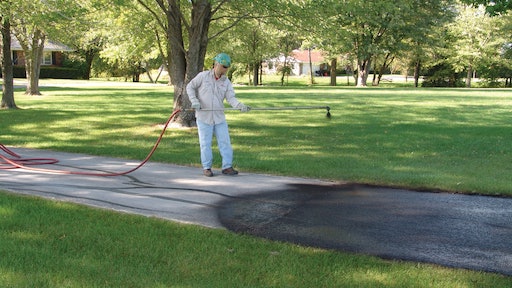 Research sponsored by the Pavement Coatings Technology Council (PCTC) has made great strides in recent years.

A “before and after” study showing that the amounts or sources of polycyclic aromatic hydrocarbons (PAHs) are unchanged since the ban on the use of refined tar-based sealers (RTS) in Austin, TX, that began in 2006 was published in a peer review science journal in late 2010.  Further analysis and scrutiny of PAH “fingerprints” in data published by the U.S. Geological Survey (USGS) linking PAH’s in sediments to refined tar-based sealers have now shown that refined tar-based sealers can't be identified as a source – predominant, significant or merely identifiably part of the mix of sources- of PAHs in the USGS data.

The first PCTC sponsored research paper describing the fingerprint analysis has been accepted for publication in a peer reviewed science journal, and a second is about to be submitted to another journal. This second scientific paper includes a detailed analysis of the USGS mathematical model on which opponents of refined tar-based sealer base their conclusions of the percentage of PAHs in specific environments are derived from refined tar-based sealers.  As the saying goes, “garbage in, garbage out.”  An expert in identifying different sources of PAHs in the environment looked at the model and concluded that it would identify refined tar-based sealer as the major source of PAHs in a ham sandwich.

Science seems to be confirming that the sealcoating industry was right to question the USGS attacks on refined tar-based sealer, and science strengthens the conclusion that the only impact of bans is to harm business – especially small business – and the communities that rely on those businesses. Science and adverse business impacts, however, don’t seem to be enough to sway some elected representatives.

Perhaps it’s unsurprising that, in 2011, state senators and representatives in Washington State ignored not only PCTC-funded science, but the results of a study conducted by their own Department of Ecology showing that refined tar-based sealer is, if present at all, a vanishingly small contributor to Washington State sediments.

In spite of the clear absence of any problem, Washington’s legislature passed and the governor signed a bill banning refined tar-based sealer state-wide. In retrospect, the outcome in Washington seems unsurprising as PCTC witnessed the animus towards any material associated with coal in the Washington state house. In fact, during hearings about refined tar-based sealer several legislators bragged that they had shut down Washington State’s only working coal mine and discussed attempts to ban the export of coal from the Port of Seattle.

Analysis of the copious data collected by Suffolk County as part of its compliance with the U.S. Clean Water Act showed that, in fact, no sediments or water bodies in Suffolk County contain any excess PAH levels. Science does not support a ban on refined tar-based sealer but a ban was imposed by the Suffolk County legislature even though a PCTC member has long been a responsible manufacturer in Suffolk County, and many local contractors were eloquent in voicing opposition to the ban.

Some measures promoting or establishing bans in other jurisdictions expired or were avoided in 2011. The efforts of USGS and local activists to promote bans has continued, with more science articles using the discredited USGS model as the basis for continued claims that refined tar-based sealer is a significant source of PAHs. And PCTC is continuing to push back. While continuing to study refined tar-based sealer in the environment, it’s clear that scientific studies and publications – while essential to the debate – must be supplemented with action and challenges to misinformation.

What does USGS Data Really Show?

Analysis of USGS data shows no evidence linking refined tar-based sealer to PAHs in sediment except adjacent to sealed surfaces.

• In 2010, the USGS abandoned proven forensic (“fingerprinting”) methods in favor of a novel & unvalidated use of an air pollutant model.

– Even though data used by the USGS in the model appear to be “cherry picked,” model results are inconsistent with USGS previous results and with results using accepted forensic methods

• Forensic evaluation (“fingerprinting”) shows that refined tar-based sealer can't be identified as a predominant or significant or even an identifiable part of the mix of sources of PAHs in the environment.

Talking to Customers about Sealcoating

Why You Should Attend the Free Sealcoating Webinar