Electronic Documents Put All Construction Stakeholders on the Same Page

Contractor digitizes all project documents and collaborates over them with all parties on PlanGrid for real-time control over changes, quality and costs 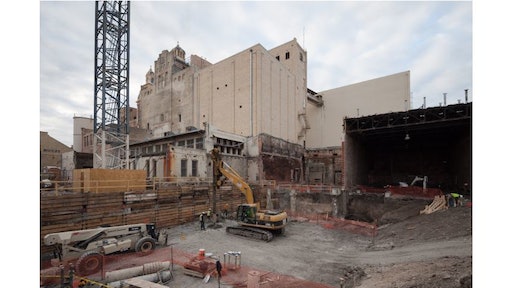 Texas-based commercial general contractor Joeris has been using PlanGrid for the past five years as part of its construction management. According to Joeris Project Executive Jason Adam, the company was looking for a better solution for their electronic plans. “We previously used electronic mark-ups, but they were slow, and you couldn’t flip from page to page; you had to close the page and open a new one,” he says. He reports the field staff found too many features weren’t user-friendly. “We weren’t getting any traction with field use of these electronic drawings,” which prompted the switch to PlanGrid.

Joeris took advantage of a discounted iPad program at the same time they rolled out PlanGrid. “In so doing, we were able to accomplish two goals—to get mobile tools in the hands of our field staff and to provide them with the tools that they enjoy using,” said Adam. “There didn’t need to be a ton of training; it’s pretty intuitive, even for the older guys. It grew on its own to the where it is now.”

Your eyes when you’re not there

“As a project executive, I oversee multiple jobs in most cases. Since using PlanGrid, I can manage multiple jobs from our main office and coordinate with the project managers and superintendents who are on site,” says Adam.

Joeris is currently using PlanGrid on several projects that are unlike each other, which shows the software’s ability to provide the same interaction for users even when the conditions across projects are different. The company is currently using PlanGrid during the pre-construction of a renovation to an existing building that will become a mixed-use special event building and during construction of two class A double office towers that are part of Pearl—a 22-acre redevelopment in downtown San Antonio.

Recently, Adam was managing a large higher education student center at completion, a corporate headquarters in the middle of construction and multiple jobs in preconstruction. Adam says only through the use of PlanGrid, could he expect to stay up to date with the details of each of those projects and respond effectively to support project teams on the ground.

“The greatest benefit to me personally is having all of the information that my teams need to build great buildings wherever I am, so that I can help solve issues and answer questions in real time, regardless of where I am physically located,” says Adam. “It is a huge resource for us as we are dealing with fast-paced projects with tight deadlines.”

Although Adam can manage multiple sites from the office, he sometimes needs to be present on site and finds that PlanGrid works just as well in the field. “I currently have one large job that is taking up most of my time, and I am on that site, so I have a few different experiences with PlanGrid—both from a distance and from close up,” he says.

Adam identifies the ease with which changes can be made and communicated to the whole team as one of the greatest benefits to using PlanGrid. He says the company can have conversations with non-Joeris people and not worry about whether they are looking at the same drawing as them, because they share the same electronic documents.

“PlanGrid has been instrumental in communicating quality management to non-Joeris people. In the past, it was really difficult to quantify quality management. We questioned how something got missed or why we were having certain issues, and there was no way for us to know what they were doing from a quality management standpoint,” says Adam.

Adam identifies the transparency that comes from instant and unambiguous communication is not only important with the trades, but also with the property owners. “On a job like Pearl, transparency with project owners so they can understand quality management and the construction processes is important. Pearl property owner Silver Ventures is a very hands-on owner with a high level of architectural involvement, which lends itself to a lot of changes,” says Adam. “They approach commercial buildings like someone would approach building their dream house. PlanGrid is the only way we could expect to keep up with all the drawing changes and to communicate those changes to the trades.”

For example, on a Pearl construction project that Joeris is currently completing for Silver Ventures, there have been more than 300 requests for information (RFIs). “So, we’re keeping everybody up to speed with whether those RFIs have been answered and what effect they have on the building process. We also now have the ability to hyperlink those responses into locations, so the workers are out there, putting things into place and never building anything incorrectly,” says Adam.

When the building is complete, all the drawings and documents are shared with Silver Ventures via PlanGrid. For Silver Ventures, the use of PlanGrid eliminates the need to store tens of thousands of paper drawings and project documents. Before the company used PlanGrid, the real estate team would receive close out documents and as built drawings from the contractor and then hand them over to the operations team. “Now, there is no big shuffle of paper at the end of a project,” says Sarah Weston, Senior Project Manager, Silver Ventures.

Silver Ventures finds that PlanGrid is not only useful to oversee the construction of their property, but also on the maintenance side. “Maintenance crew members used to pass things along by word of mouth. Now, they take and post photos and then geo-locate the issues that need to be resolved. It’s a much better system,” says Weston.